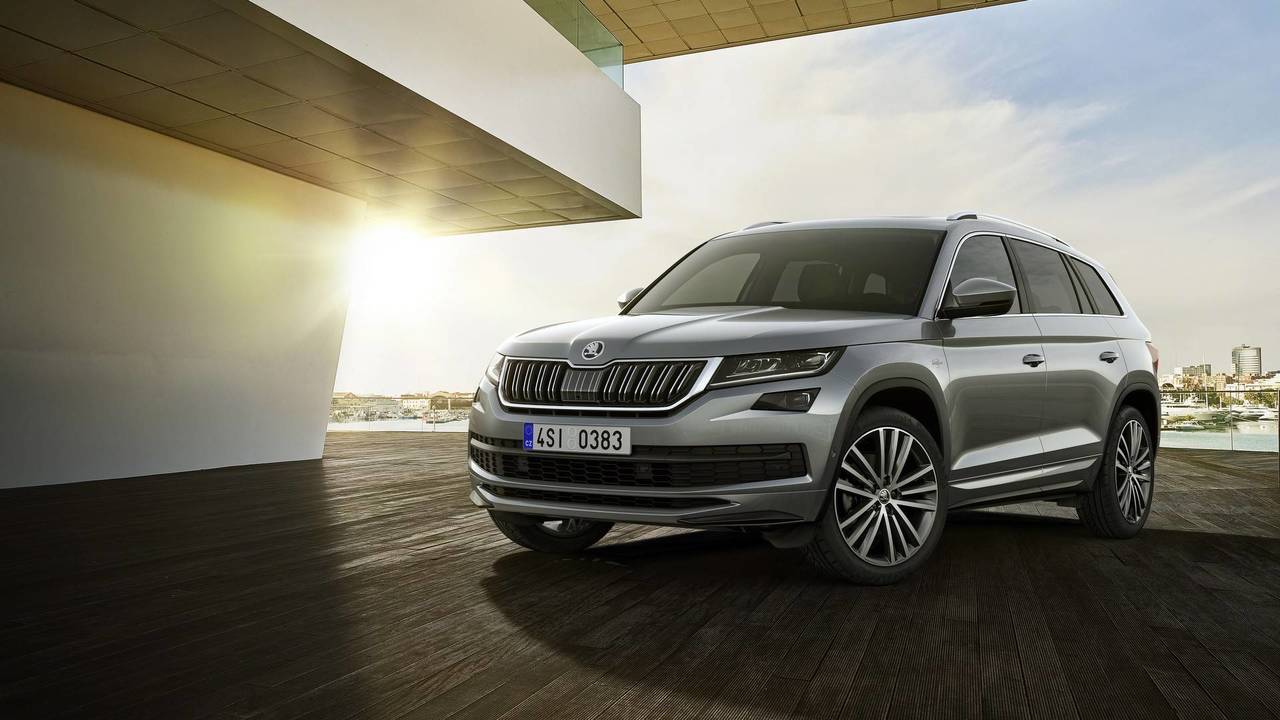 The Kodiaq L&K is a specced-out seven-seat SUV to make the school run in style.

Skoda has just revealed a new range-topping model in its Kodiaq SUV lineup.

The new car is available in four different guises from £35,945 to £38,105, depending on whether you go for the 2-litre TSI petrol and its auto gearbox or the 2-litre TDI diesel with its two power outputs and opportunity to choose a manual gearbox in the lower-powered version.

The new Kodiaq spec has been named Laurin and Klement in line with other posh Skodas – the badge is a tribute to company founders Václav Laurin and Václav Klement who started the carmaker in 1895 before it was bought by industrial giant Skoda in 1925.

On the outside, the seven-seat Kodiaq L&K gets a fancy chrome grille, 19-inch Sirius alloy wheels finished in anthracite and unique front and rear bumpers. Body-coloured under-door panels with distinctive L&K signature logos on the front wings complete the exterior design package.

Inside the car there’s a panoramic sunroof as standard, and the seats are trimmed in leather, with an L&K logo on them, which you’ll also find on the central armrest. Skoda says that piano black decorative trims further enhance the premium feel, as does the standard ambient lighting system and aluminium-trimmed pedals.

Spec-wise, the Kodiaq L&K gets the Columbus infotainment system, around-view monitor, variable power steering, curtain airbags, Canton sound system and a heated windscreen. Skoda says that for a £2,500 premium over the previous range-topping model, you get more than £3,000 of stuff chucked in. Isn’t that nice.

Orders are open now, with deliveries set to take place later in the year.