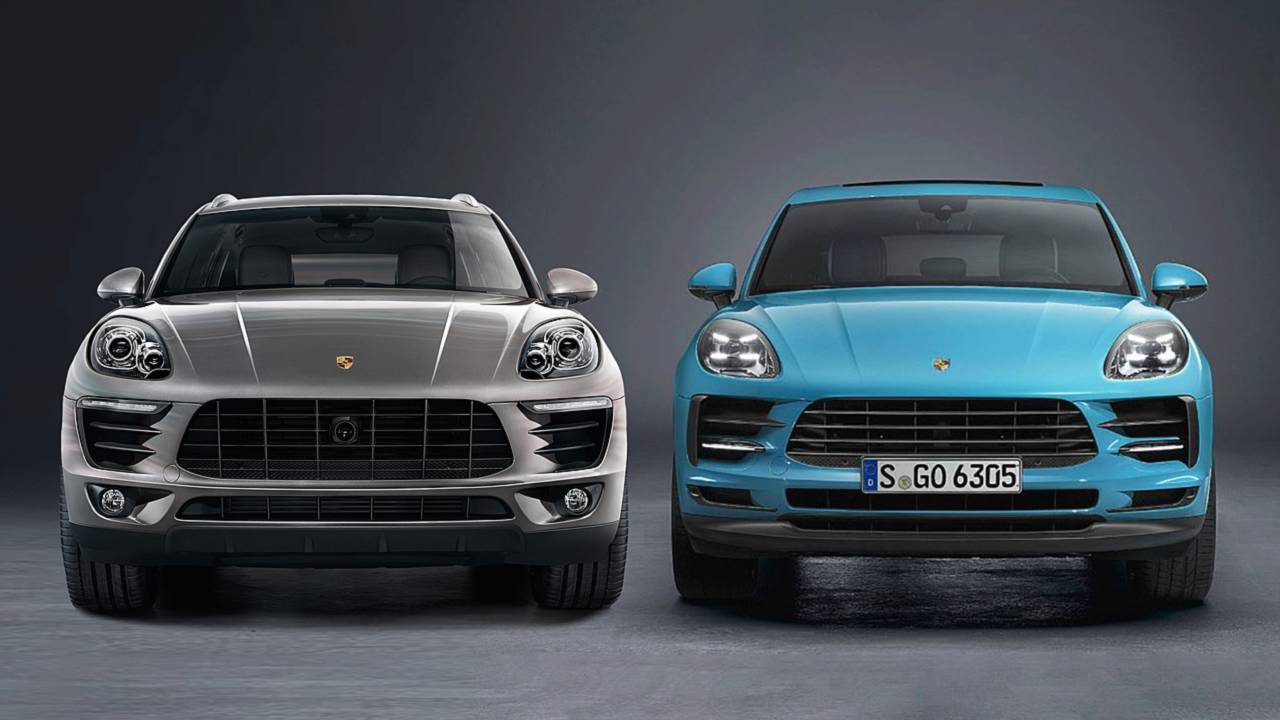 Take a closer look at the 2019 Porsche Macan to see what's different.

Originally launched in 2014, Porsche has just launched a refresh for the Macan. You might need to pull out the magnifying glass to spot the differences, though. As the automaker's bestselling vehicle in the United States, Porsche's designers apparently don't want to upset the Macan's success, so they focus the updates on keeping the SUV technologically competitive against the bevy of impressive models now in this segment.

The Latest From Porsche:

The front of the 2019 Porsche Macan does not evolve much. New headlights have a sharper shade and now feature four LED running lights. The front bumper now features enlarged corner air intakes, and the turn signals now incorporate into the bottom of them, rather than at the top. Otherwise, the designers carry over the Macan's existing appearance.

The Macan in these photos wears the new Miami Blue paint colour. The vibrant shade creates a pleasant contrast with the SUV's black accents. Porsche also adds the hues Mamba Green Metallic, Dolomite Silver Metallic, and Crayon grey to the options list. New 20- and 21-inch wheel designs add a fresher look to the model, too.

Bigger Changes At The Back

Unlike the nose, there are far more prominent design tweaks at the rear of the 2019 Macan. The taillights now stretch along the entire tail, which creates a more unified look at the back. This is an element that also appears on the upcoming, next-gen 911 and the Taycan EV.

A new, 11-inch infotainment screen occupies a prominent spot on the top of the centre stack, and it replaces the existing 7-inch unit. The larger display forces the designers to move the air vents lower, rather than flanking it on the previous design. The system features standard voice control, and there's the Offroad Precision smartphone app for recording the camera feeds during off-road driving.

Porsche also introduces some new optional equipment in the cabin. For example, the GT sports steering wheel features a look straight from the 911. There's also an available heated windscreen and an air ionizer for better interior air quality. The new Traffic Jam Assist allows for semi-autonomous driving, including automated acceleration, braking, and steering, at speeds up to 37 miles per hour.

What You Can't See

Porsche's engineers leave the Macan's powertrain alone, but they tweak the chassis to improve driving dynamics. The company says that the updates improve the SUV's stability, which leads to a more comfortable ride.