Bag A Volkswagen California For £449 A Month 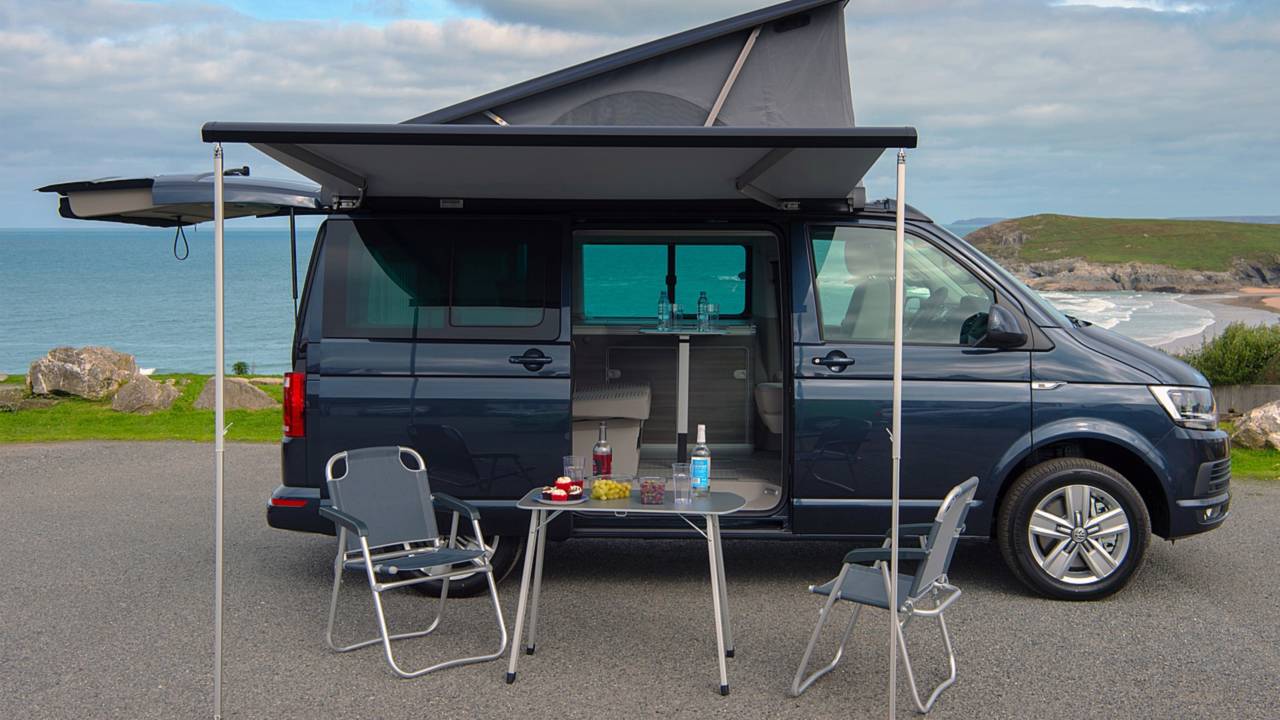 VW is running summer special offers on its camper range.

Volkswagen’s commercial vehicle division has launched a range of summer offers, which include finance deals on the desirable California motorhome, which available until September for just £449 a month on one of the company’s Solutions PCP deals.

Did we mention the £21,800 optional final payment if you want to keep the California after the 36-month PCP period? But still, £449 a month.

Volkswagen says that the latest figures show that more families are choosing to holiday in the UK than ever before, with estimates showing that the current number of caravans and motorhomes on British roads – 755,000 – could rise up to around 889,000 by 2030.

The California, which is celebrating its 30th anniversary, is available in three trim levels, Beach, Ocean and Edition. It can sleep up to four inside, and in Ocean spec comes with a small but practical kitchenette for preparing meals. VW says that it comes with Front Assist and City Emergency Braking systems as standard.

The £449 a month deal is for the Beach model, which comes with an aluminium manually operated pop-up roof in body colour with two side windows, canvas in Alpine Gray, a black awning rail and tent adapter. There’s a roof bed and stowage compartment, seat trim covers in Pilion fabric and 16-inch Clayton alloy wheels.

There are offers available on the other specifications of California, and the German carmaker says it will throw in two free services with the Solutions PCP deal. You’ll need to be quick – the promotion is set to run out on 30 September.