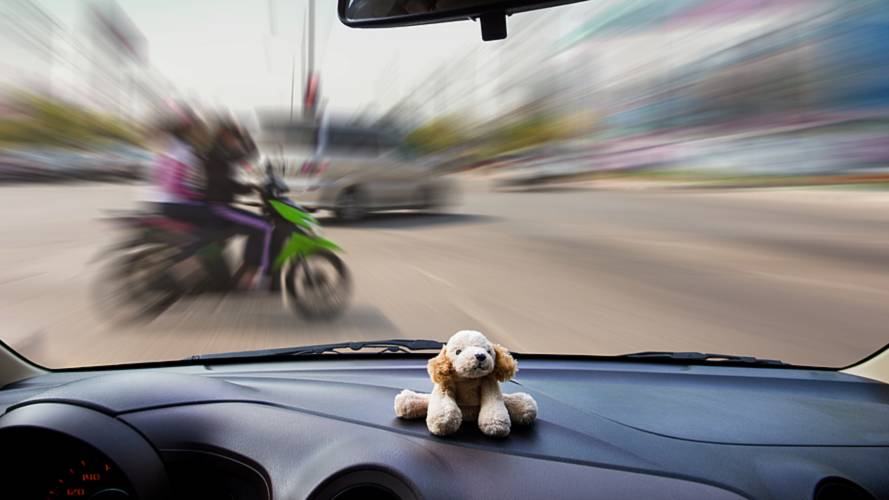 This summer has been great so far hasn't it? Long days, beautiful weather; it's been the perfect time to go out and enjoy the pothole-ridden roads of Britain.

However, the increased number of road users brought about by the summer weather brings with it some worrying statistics. According to new research by Insurethebox, a global pioneer of telematics-based car insurance, nearly a fifth (18.8 percent) of young drivers don't know about the dangers of failing to notice motorcyclists on the road. What's more, only 47.5 percent of drivers aged 18-24 check for bikers before opening their car door.

Those numbers are concerning, but not the most concerning. That is because although motorcyclists represent just one percent of the UK's road users, they account for 19 percent of road deaths according to government data, with the majority of those deaths occurring in the summer months.

Insurethebox also asked young motorists to identify the scenarios where a car would be most likely to collide with a motorcyclist. The most common response was a right turn at a junction. Awareness of this risk amongst 18-24 year-olds was 69.6 percent, less than drivers of all ages (74.4 percent).

Worryingly, just 18.8 percent of 19-24 year-olds surveyed by Insurethebox said they always worry about failing to notice a motorcyclist when driving.

"With only 18.8% of young motorists saying they always worry about failing to notice a motorcyclist, the level of awareness of the risks for those using two wheels needs to improve," said Simon Rewell, Road Safety Manager at insurethebox. "We encourage drivers to be more mindful of motorcyclists: recognise the risks they face particularly at right turn junctions, when changing lanes and overtaking – and especially during the summer months."