Is Hamilton Really Worth £40 Million?

After Lewis Hamilton's new two-year deal at Mercedes was announced ahead of last weekend's German Grand Prix, reports emerged that it would be worth up to £40million to the four-time world champion. But is any driver worth that much cash?

Nobody can objectively be worth £40million, not in a world where so many have next to nothing. But the widely reported figure for the potential value, including bonuses, of Lewis Hamilton's new Mercedes contract raises the question of whether a racing driver can really be worth what many would call an obscene sum of money.

The world is clearly not objective, though, so this is always going to be a largely subjective debate. But once we accept that we live in a global society of enormous inequality and set aside the ethical arguments on the rights and wrongs of that, the question then moves on to what the driver can contribute to a team for that spend.

The driver's primary purpose is, axiomatically, to drive. Yes, they have an impact when it comes to development direction and feedback, but item one on the driver's task list is to extract as close as possible to 100% of a car's potential.

There are often criticisms that the machine does all the work in Formula 1. But it's always been this way in motor racing, and, even in sports where technology is less obvious, resources tend to dictate your overall potential.

The driver is an important part of the equation. Because it's not a two-part equation of driver plus car, instead it's about driver plus the myriad departments and technical groups that work towards designing and building a car. On top of that, you have the operational personnel who run it.

What the driver represents is the connection point where everything meets. For all the criticisms about pitwall figures controlling the drivers, they aren't.

In the middle of the car is its organic centre. The driver feels every signal from the car, controls it, provokes it, balances it, dictates what it can and cannot do. Nothing is simple about this operation.

Consider the brake pedal - it's to slow the car down, right? Well, partly, but it's also about controlling the weight distribution and setting it up for the corner. That's just one thing the driver has control over and feel for. The pitwall cannot control that, it's all down to the driver to connect things up.

Sebastian Vettel was asked about exactly this topic in the pre-German Grand Prix press conference last week. Specifically, the perception that the driver doesn't have much autonomy and that it's easy for them because the team does the work.

"I agree that people get the impression from the outside that a lot of it is remote controlled, but that's not fair," he said.

"The cars are very complex, the technology is very complex and it needs more than the one or two or three mechanics which Formula 1 had maybe 40-50 years ago to run a car. You need a lot of people.

"There's always been an interaction between technology and racecraft, driving the cars, in the past. The driver is the key element to driving the car, even though the technology behind it is complicated to run, but equally it's not our fault and for the future I would love to simplify things so that people get a better impression. But I can understand why they get the impression. Do I think it's fair? No, it's not, because I know I'm driving the car and I know these guys are driving the cars."

For proof of that, look at what happened to Vettel in the race. Nine seconds clear of second-placed Valtteri Bottas, albeit with Hamilton taking time out of everyone, he fractionally overcommitted into the Sachskurve in difficult conditions and couldn't keep it on the track.

Drivers spend a lot of the time tip-toeing on such fine margins and it's amazing this doesn't happen more often. It was a hugely costly mistake for Vettel, one he will be kicking himself for, but it's understandable that this happens sometimes even for one of the best. That such errors are so rare says a lot. 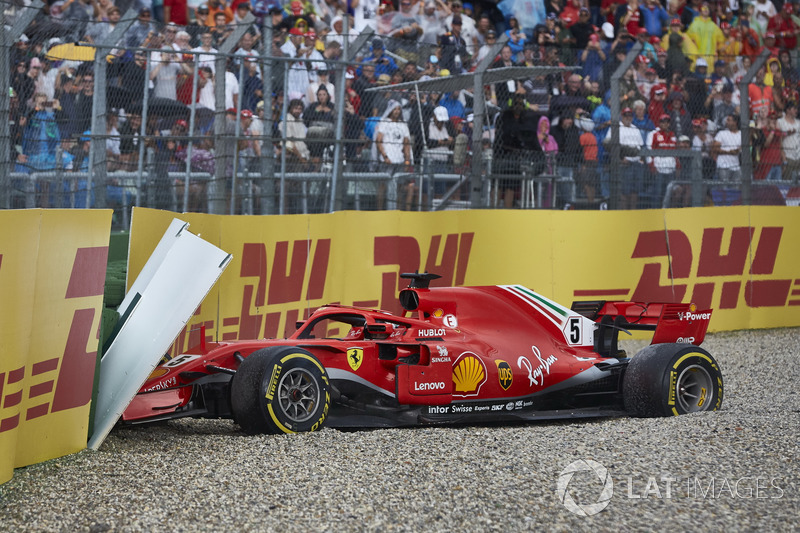 Sebastian Vettel, Ferrari SF71H, crashes out of the race

Next, you have the differences between the best and worst drivers on the grid. This is a comparative term because objectively every single driver racing in F1 today is extraordinarily able.

The difference in a peak lap time between the best and the worst on the grid is not large. In terms of qualifying pace, a gap of six tenths of a second is considered a chasm. We talk about tenths as if they were minutes in F1, but in real terms that's a tiny difference.

But it's not just lap time that separates the great from the merely very good. It's about stringing those laps together, attacking, defending, unleashing pace at key moments, managing tyres, managing engines - making the millions of calculations that are needed to complete a grand prix distance in the least possible time.

The German GP again showcased the importance of that ability. When the rain hit, Hamilton drove superbly. While he had the advantage of fresh, hot ultrasofts compared with the cars ahead, he used that grip and his judgement to good effect, and for a sustained period of time was 1.5s per lap faster than anyone.

Add to that the way the driver interacts with the team, an important part of their game, and there are countless ways they can have a big impact on the overall success of a whole F1 organisation.

When it comes to the money, it's well worth it for a squad such as Mercedes. This is a world championship-contending team that spends hundreds of millions of pounds (with heavy investment from the parent company for marketing reasons) to win races.

Scarcity is also a big driver of value. Since the world championship was created in 1950, only 33 drivers have won it. Of those, only four - Hamilton, Vettel, Fernando Alonso and Kimi Raikkonen - are still active. Those are the only drivers who have empirically proved they can hack it under the most intense pressure of a title fight.

Beyond that, there are only three more active drivers - Bottas, Daniel Ricciardo and Max Verstappen, who are proven grand prix winners. So, that's a pool of seven drivers with a winning track record.

There are some seriously good rising stars as well, but they lack the box office appeal that's so important for sponsors. That's one of the reasons why teams are sometimes wary of taking unproven drivers.

Hamilton is a global sporting star, albeit not quite in the megastar bracket among the most famous few athletes in the world that it once seemed inevitable he would join. And the value of that in terms of return on investment cannot be underestimated. 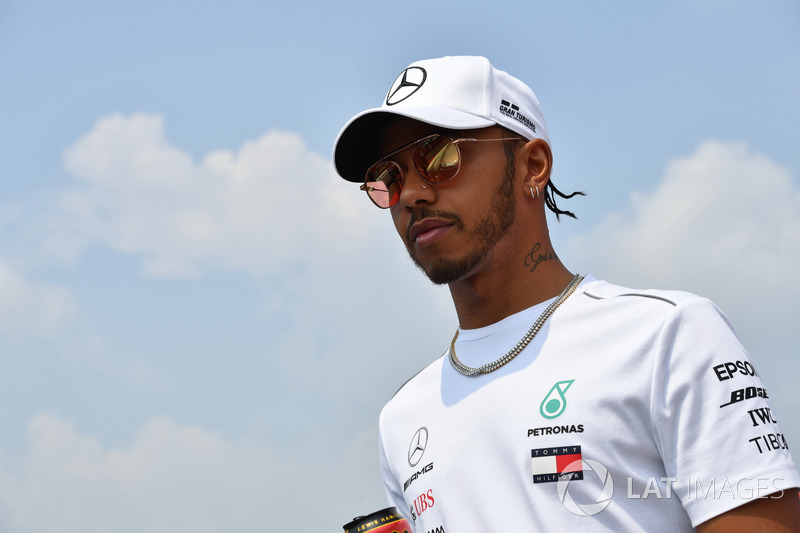 To draw in an example from another sport, Portuguese football star Cristiano Ronaldo has just moved from Real Madrid to Juventus for £99.2m. In the first 24 hours after the deal was announced, it was reported that Juventus sold 520,000 Ronaldo shirts for around £60million in total. That adds up to two-thirds of the initial outlay.

Note that is revenue, and there will be profit shares in place with shirt supplier Adidas that mean some or perhaps even all of that profit might not go to the team. But it illustrates the point that Ronaldo's value to Juve is measured in far more than just what he does on the pitch. It's the same with Hamilton.

But Hamilton would not be worth that amount to all teams. There's no point having a superstar driver if you haven't got your house in order and while the driver is a big contributor to the competitive equation they will not be able to drag more than 100% out of the car.

That phrase 'transcend the car' is a misleading one, often applied to the star drivers. By getting the most out of a limited car you can go quicker than a lesser driver in a quick car, but no matter who you are you cannot get 100.1% from the machinery. You can only exist right on the extreme edge of the performance envelope, not beyond it.

Drawing on football again, the risk is that drivers can become an exclusive focal point and that's when troubles can begin. Real Madrid was once famous for its signing of 'galacticos' - megastar players brought in purely for their fame and individual ability while whether they fitted into the team was left to chance. The results were mixed.

Galactico culture can do a lot of damage. No matter how good a driver such as Hamilton is, they could not transform the fortunes of a team that isn't up to it. Look at Alonso at McLaren - he drags the most from the car but doesn't stop the team from underachieving.

There's also the danger that a galactico mindset undervalues other contributors to the team. It takes hundreds of people to make a grand prix car, most of which you will never hear the names of. So while it's correct to hail Hamilton's value, it would be wrong not to recognise the huge contribution made by those anonymous but hugely dedicated and able people.

In running a star driver it's essential not to neglect your staff - just as it's vital you don't overestimate what your top name, who may or may not justify their billing, can do. None of these potential downsides appear to be a problem for Mercedes.

That's why it depends on what team is signing the driver. Hamilton is unquestionably worth £40m to Mercedes because it's a team at the top of the tree. He'd potentially have the same value to Ferrari and maybe even Red Bull.

But to Force India, Haas, Renault? No, he would not be worth that money and it would be better invested elsewhere. There are plenty of very good drivers out there who can do a good job and the equation for what you spend where changes depending on where you sit on the economic scale. That's why Renault has baulked at Alonso's asking price - a driver who it might need a few years down the line but not today.

For a championship-challenging team, a driver such as Hamilton is priceless. For one that isn't, it's not necessarily the best use of cash.

Hamilton is a brilliant driver, one of the all-time greats. That gives him a high market value and means he's worth every penny to a top team - no matter how outrageous the amount. 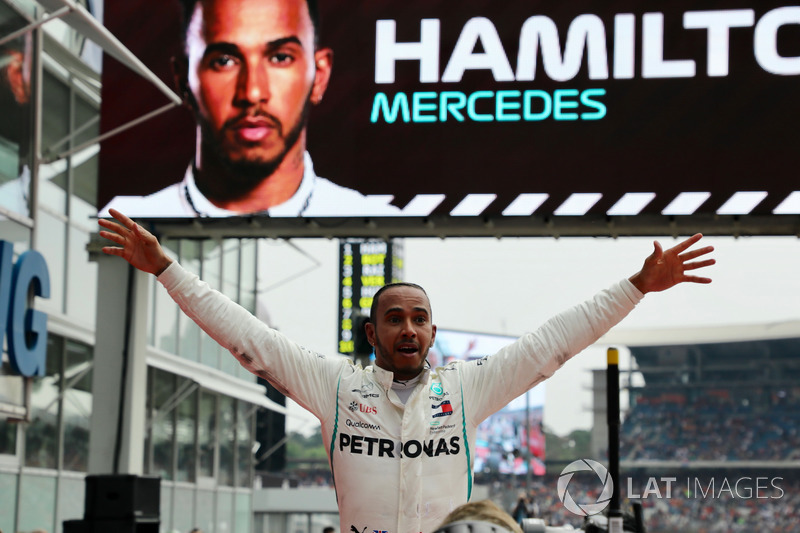