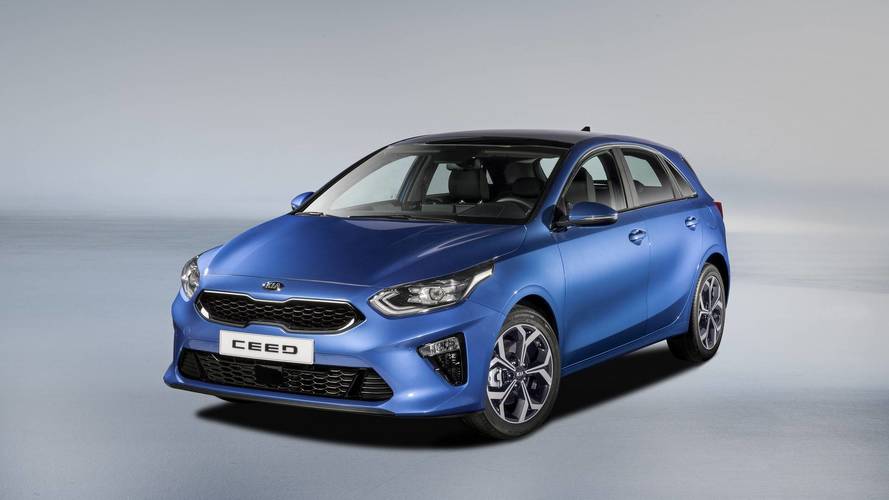 Kia has released pricing and specification details for the third-generation Ceed which will arrive next month.

More than 660,000 of the second-generation model were built since it was introduced in 2012, accounting for 16 percent of Kia’s total European sales and ten per cent of UK sales in 2017.

Like the outgoing model, the new Ceed (note the dropping of the apostrophe) was designed, developed and engineered in Frankfurt by Kia’s European design, product development and R&D teams, and it will be manufactured at the brand’s production facility in Žilina, Slovakia, alongside the Sportage and Venga models.

Aside from the limited-run 'First Edition' there are three trim levels: 2, Blue, and 3; and there will be a range of engines to choose from across the trim levels. Petrol options include an updated version of Kia’s 1.0-litre T-GDi (Turbocharged Gasoline Direct injection) engine, producing 118bhp, and there's an all-new 1.4-litre T-GDi engine. The 1.6-litre GDi engine of old is no more, being replaced by the ‘Kappa’ 1.4-litre T-GDi engine, which produces 138bhp, four percent more than the outgoing engine despite its lower displacement. The Ceed is also available with the new 'U3' diesel engine, which produces 114bhp and is available with an ECO Pack on all manual gearbox models.

The interior of the new Ceed is said to be inspired by the Stinger, and comes with a wide range of new technologies, including a 7-inch touchscreen audio system, or an 8-inch touchscreen navigation system. Standard features include full Bluetooth smartphone integration, Android Auto and Apple CarPlay smartphone compatibility. A powerful JBL Premium sound system with Clari-Fi music restoration and a wireless smartphone charger is standard on the ‘First Edition’.

The third-generation Ceed will hit showrooms on August 1.