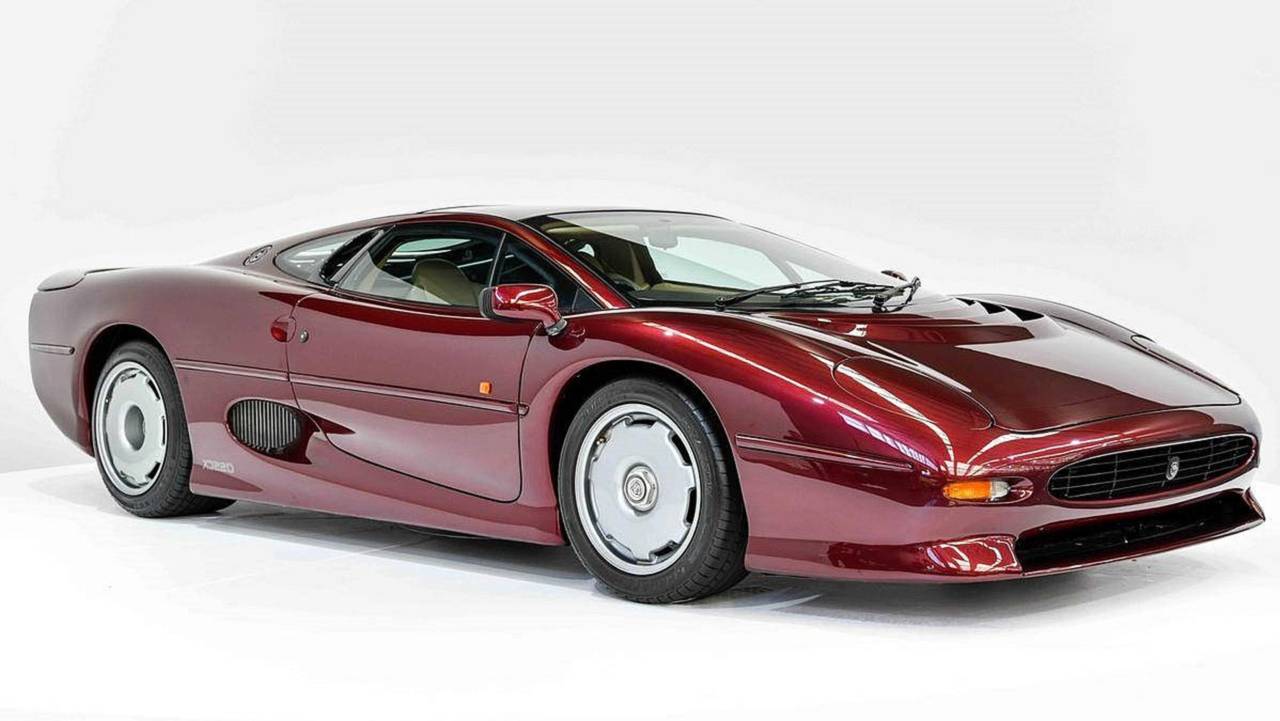 A perfect example of the '90s icon could be yours.

The Jaguar XJ220 started life as one of the most promising, most exciting, and most technologically-advanced cars ever built. History has since taught us that it was in fact one of the biggest disappointments in motoring history, but that hasn't stopped it achieving legendary status.

Originally intended to be a V12-powered, four-wheel-drive megacar, the XJ220 ended up being a bloated rear-wheel-drive supercar powered by a wheezy V6 engine, but it was still able to take the world's fastest car crown in the early '90s. Thankfully it retained most of its concept car looks, so it still had that going for it.

It was also rare, and expensive. When new it cost £290,000, and despite having the wrong engine, the wrong drivetrain, and being the size of a small town, but it proved massively popular. Jaguar took as many as 1,400 deposits of £50,000, but production estimates are between 271 and 282 units.

If you missed out on one 30 years ago, or you weren't around when the car first became available, or indeed if you are someone with deep pockets and are in the market for a '90s supercar, you're in luck. Motor1's sister site MotorGT has a perfect XJ220 listed for sale.

Priced at just under £350,000 (or about £3,500 a month on finance according to the listing), the Monza Red example is one of just 69 to leave the factory in right-hand-drive configuration, and has a mere 904 miles on the clock. It comes complete with Silver gilded paperback manuals and Jaguar stamped keys and modern service receipts, too.

The car is currently based in Australia (it's probably the only one in the country in fact), and was serviced by the Aston Martin Works Service centre at Newport Pagnell in the UK back in 2003 under the direction of the original owner shortly before it was shipped to Australia, where it has been kept as part of a private collection. In 2015 the car was subject to a major engine and transmission service with one of Australia's leading motorsport specialists.