Several prototypes - including a very nice satin blue one - were seen going hard around the Nurburgring Nordschleife.

We usually don’t cover spy videos of cars that have already made their official debuts, but we’re willing to make an exception for the Mercedes-AMG GT 4-Door Coupe. Having been exhibited at the Geneva Motor Show back in March, the performance saloon carrying a rather confusing name has lost all of its camouflage upon its return to the Nürburgring where it’s undergoing final tweaking.

As the attached spy video is showing, Mercedes-AMG is testing a multitude of prototypes, with our favorite being the satin blue like the showcar from Switzerland. The GT 4-Door Coupe is essentially a direct successor of the old CLS 63, but it actually has more in common with the E63 Estate rather than the new CLS. 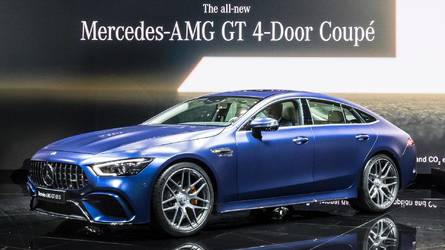 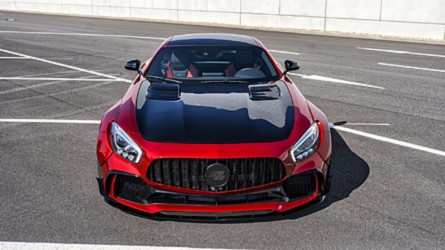 In top form, the sporty saloon offers a whopping 630 bhp (9 bhp more than the V12-powered S65) and that effectively makes it the most powerful series production Mercedes money can buy. Yes, we know the Project One has been confirmed to hit the 1,000-bhp mark, but with only 275 cars to be made, the F1-engined hypercar has a special status.

Seeing these prototypes attacking the corners of the Nürburgring is a reminder that Mercedes-AMG has definitely kicked things up a notch in terms of coming out with a Panamera Turbo rival. The regular CLS models will do battle with the lesser versions of the Porsche as these will be geared more towards luxury and comfort while still packing some serious performance.

The GT 4-Door Coupe will go on sale across Europe this summer.