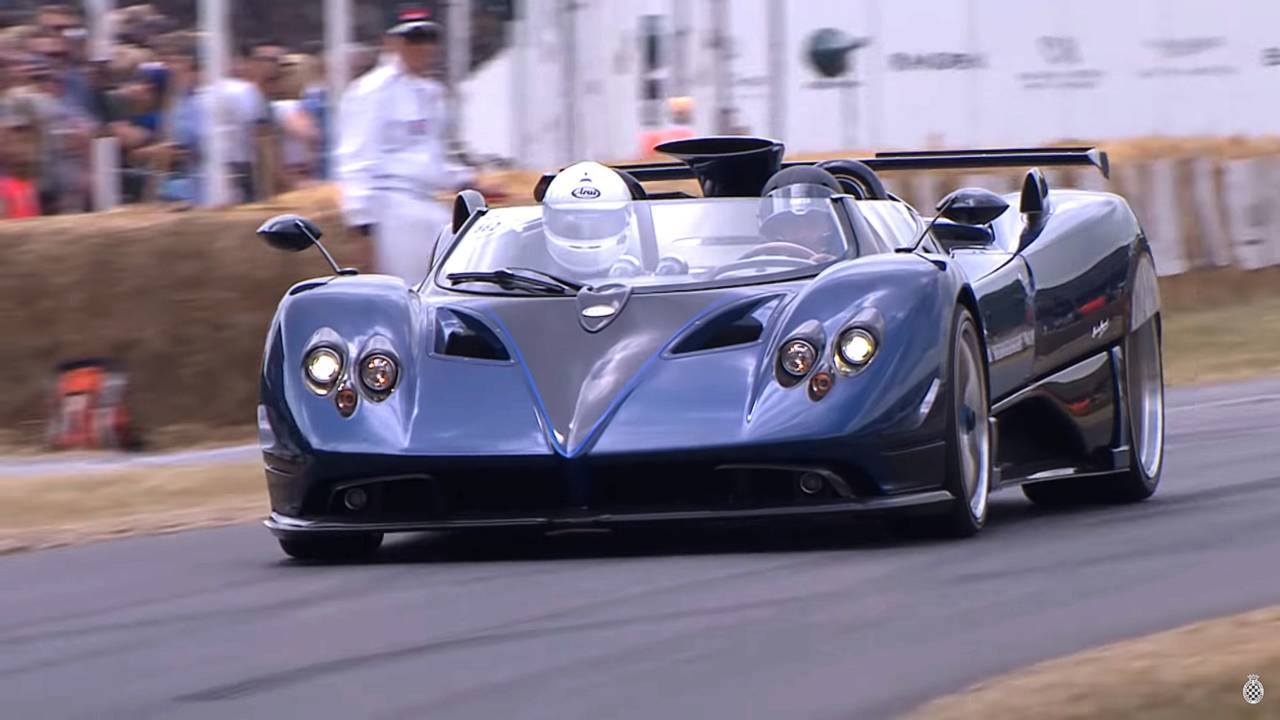 If you have to ask how much it costs, you definitely can't afford it.

It's not every day you see a Pagani. The boutique Italian hypercar manufacturer has been in business since the '90s, but their production numbers remain relatively low compared to the likes of Lamborghini and Ferrari.

One particular Pagani that doesn't get spotted in the wild all that often is the one-off Zonda Barchetta, and its no surprise. The unique work of art cost €15million – note the absence of a decimal place – which, depending on when you read this, is somewhere between £11-13.5 million.

Naturally, there's only one man who should really be driving this car, and its the man who put it through its paces at Goodwood last weekend – company founder and all-round motoring god, Horacio Pagani.

Pagani has started work on its last ever Huayra

Check out Mr. Pagani behind the wheel of the Barchetta below:

The Zonda Barchetta is basically the demon lovechild between the Zonda 760 series, and the Huayra BC. Its AMG V12 puts out 789 bhp, and that's mated to a proper old-fashioned six-speed manual with three pedals and a stick and everything. not like these modern cars that they have now.

Make no mistake, this is actually a modern car though. Suspension is four-wheel independent double wishbones, upper rocker arm with coil springs and adjustable Öhlins shocks, and an anti roll bar, while the brakes are beefy 380 mm, ventilated discs all round, with six-piston callipers at the front, and four-piston calipers at the rear.