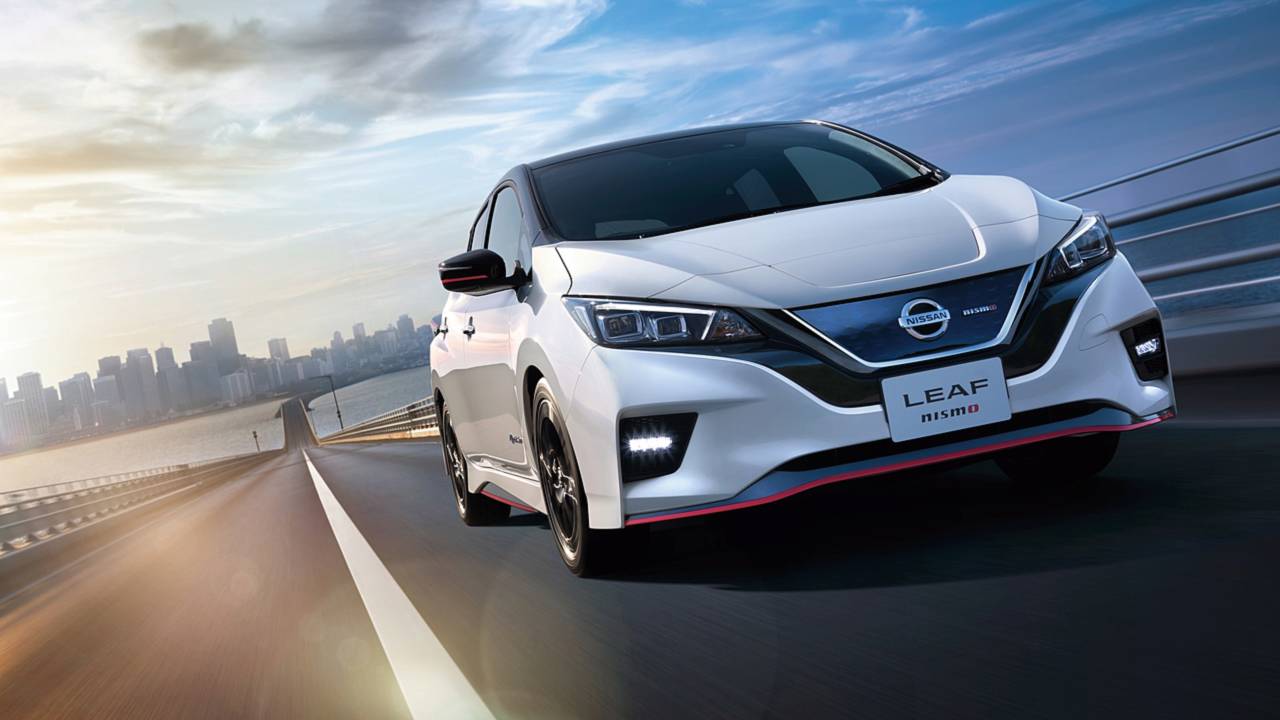 The first electric hot hatch is set to go on sale in the next two weeks.

Nissan has officially unveiled the Nismo version of its new Leaf electric vehicle that is set to go on sale on 31 July in Japan.

The Leaf Nismo has a retuned ECU for more responsive acceleration and also uses upgraded tyres and suspension for improved handling and ride comfort.

Added to the technical tweaks are an exterior body kit and interior changes to make sure that the hot EV looks the part too.

There aren’t many details about the car at this stage, though presumably the company is planning to release full information soon if it expects people to start buying the sparky hot hatch in the next two weeks or so.

We do know that the Leaf Nismo carries what Nissan calls the "characteristic layered double wings of the Nismo road car series," which are aimed at providing downforce without too much drag holding the car back – the slippery shape of the Leaf is part of the company’s effort to make it as efficient as possible.

We also know that the Japanese-spec Leaf Nismo gets special 18-inch aluminium alloys that come with Continental ContiSport 5 tyres and will be available in nine body colours, including the Brilliant Silver/Super Black two-tone and the Dark Metal Grey/Super Black two-tone numbers that are bespoke to Nismo models.

Inside, the Leaf gets a plethora of red accents, including a three-spoke steering wheel that is wrapped in Alcantara and leather with a sporty red centre mark. The red touches also extend to the air conditioning vent surrounds, start/stop button and door trim. The instrument panel has also been finished with a carbon fibre-aping effect just to seal the deal.

There’s no word yet on what price the Leaf Nismo will be sold for in Japan, although that’s just as well because it will bear literally no relation to the eventual list price of a UK Leaf Nismo should the car make its way over to these sceptered isles.