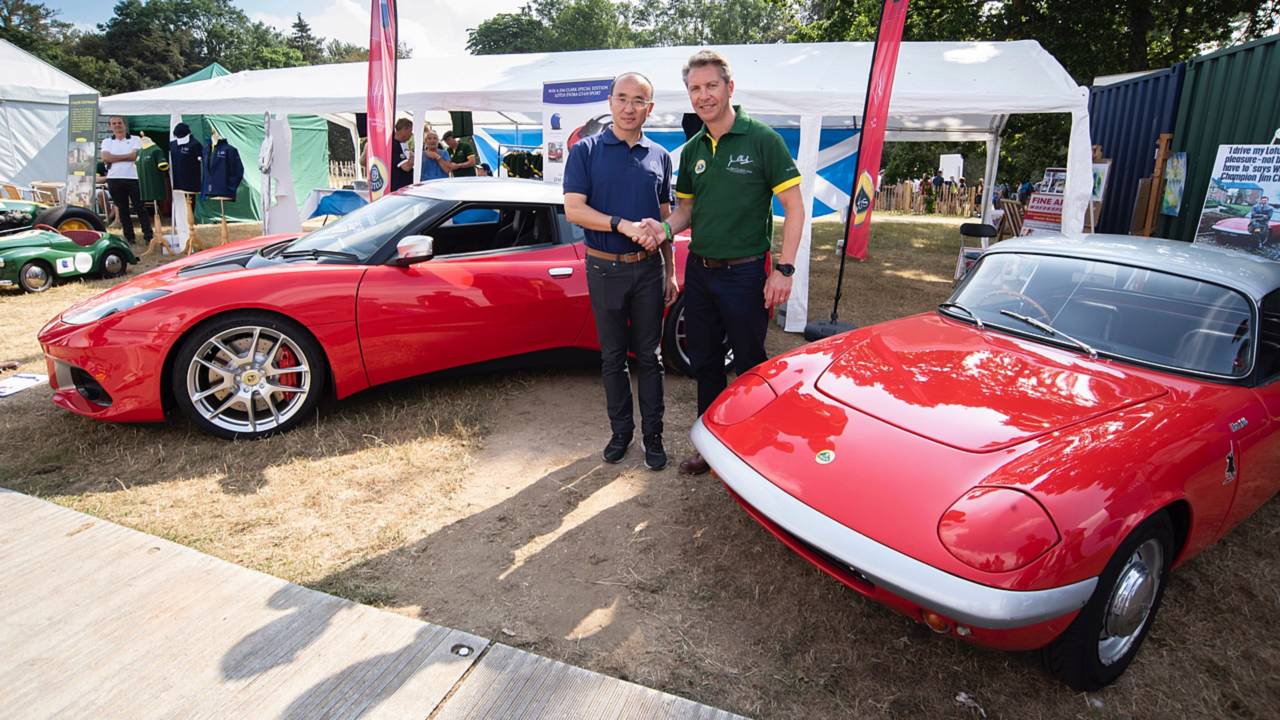 The special model will be given away in a competition to raise funds for a new Clark museum.

The Jim Clark Trust, set up to honour the memory of the great Scottish driver, has set up a competition for someone to win the 100,000th Lotus ever built.

The one-off Jim Clark special edition Lotus Evora GT410 Sport was commissioned to celebrate the 50th anniversary of 1968 and unveiled at the Goodwood Festival of Speed in the presence of the Duke of Richmond, Lotus CEO Feng Qingfeng and trustees of the charity.

The charity competition, which can be entered at jimclarklotus.com, gives participants the chance to own a landmark Lotus while raising funds to help complete the new Jim Clark museum.

The Jim Clark Trust is marking the 50th anniversary of Clark’s tragic death while competing at Hockenheim. The Scot, who was Formula 1 champion in 1963 and 1965, and winner of the Indianapolis 500 in 1965, made 72 grand prix starts, took 25 wins and 33 pole positions – all behind the wheel of a Lotus.

Today Clark is recognised as not only the greatest driver of his generation but also one of the sport’s true icons, and the Jim Clark Trust is currently working on the new and expanded museum in the racer’s home town of Duns, due to open in 2019.

The special 100,000th car has been inspired by the red Lotus Elan that Jim Clark drove in the 1960s – it has red paintwork, a silver roof and wheels, and tartan upholstery that echo the classic car’s look. The Elan that Clark drove was the first Elan off the production line, given to the F1 champion by Lotus founder Colin Chapman.