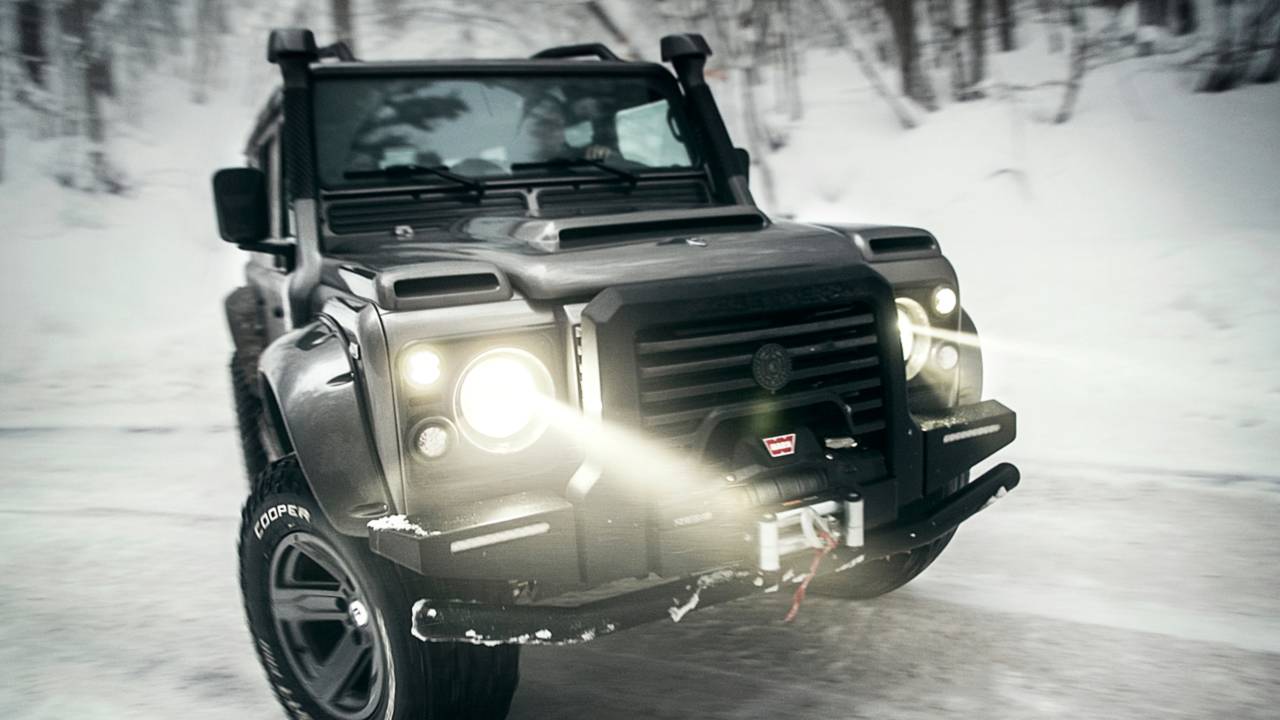 Italian coachbuilder Ares Design has taken on its biggest and most controversial task yet – pimping out the Land Rover Defender.

It’s a mark of the lasting impression made by the iconic beast that people are still fiddling with it years after production stopped and shortly before Land Rover begins the arduous and unenviable task of launching a replacement version.

Ares says that it has reworked ‘every aspect’ of the Defender, with a new interior, engine upgrade and full bodykit. The company’s mechanics will even cut out and install a sunroof on the cars they upgrade.

Ares co-founder, Waleed Al Ghafari, has described the new car as ‘the Defender of all Defenders’, while company CEO Dany Bahar said that his team has updated an icon: ‘The Defender is a motoring icon, but icons can be reimagined and our Defender is the ultimate incarnation of the bespoke 4x4, delivering incredible performance, captivating looks and opulent touches more akin to a luxury SUV.’

The 278 bhp, 324 lb-ft engine is a V8 transplant, which starts off as an original Land Rover 4.5-litre V8, increased to 4,748 cc thanks to an increase in bore size from 94 mm to 96 mm plus new camshafts, revised cylinder heads and larger injectors.

There’s a bespoke exhaust manifold and an ITG air intake too, and the setup is completed with Milltek sports catalytic converters and exhaust system complete with a bypass valve for a suitable V8 soundtrack through the quad tailpipes.

If you want even more performance, Areas will build you a supercharged version that uses a 4,698 cc V8 producing 468 bhp and 479 lb-ft of torque. Both versions of the car get a six-speed tiptronic auto transmission.

The suspension and braking don’t escape from the fun – the ride height has been increased by 75mm on the naturally aspirated version and by 50 mm on the supercharged Defender thanks to bespoke progressive rate springs. Fox high-pressure dampers have been installed to help on- and off-road.

Ares says that the upgraded brakes – AP Racing 362x32 mm front discs clamped by six-piston AP callipers – ensure that its Defender stops as well as it goes. Finally, the car is fitted with a set of Ares 18-inch alloys and 305/70 R18 Cooper tyres.

More on the new Defender:

New Land Rover Defender is getting a 'polarising' design

When it comes to exterior modifications, the wheelarch extensions, bonnet, headlight surround and grille have all been fashioned out of lightweight carbonfibre. The company wants to make sure that the Defender is still capable off-road, so it has added heavy duty front and rear bumpers, underside protection, reinforced front and rear tow points, side steps and steel roof bars as well. The upgraded Defender even gets full LED lights for added illumination.

It might be a practical car, but the Ares team has tried to introduce some luxurious touches on the inside of the Defender – the bespoke front seats have been trimmed with hand-stitched leather, with splashes of leather and carbonfibre across the interior. The handbrake has been ditched in favour of an electronic version to free up some space between the front seats.

There’s no carpet on the floor in a nod to the car’s outdoor inclination, but chequer plate aluminium is swanky enough.

Fancy an Ares Defender? It’ll take eight weeks for the company to build and will cost you around £190,000 on top of the donor car you’ll have to find and supply yourself. Hurry though – Ares has said that it’s only going to make 53 of them.