The track-only BT62 is just the beginning

David Brabham has said that his family is keen to take the resurrected brand into the road car arena.

Earlier this year Brabham unveiled the BT62, a track-only supercar that was the first car to wear the Brabham name since the 1992 BT60B Formula 1 car. While the BT62 remains strictly a track-only toy for the time being, void of any restrictions that racing series or road regulations would impose, Brabham – the youngest son of three-time F1 world champion Sir Jack Brabham – has said that the car marks only the beginning of a line of variants that the company will eventually produce. 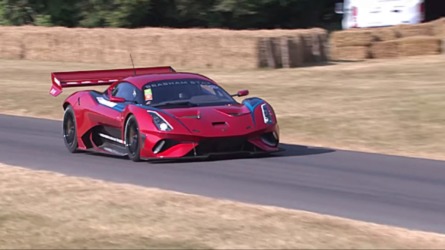 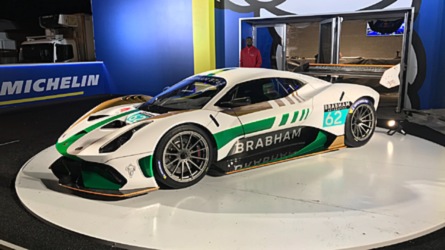 'When we launched on May 2 we demonstrated the Brabham BT62 which is a track car only but we also said we want the go racing and we want to go to road as well,' he told Motor1 at the Goodwood Festival of Speed. 'Obviously we need time to grow and mature but they are the dreams.'

Going for a trackday car similar to the likes of the Aston Martin Vulcan, Ferrari FXX-K, and McLaren P1 GTR, first was a deliberate move from Brabham. The company was keen to provide a base for which they could build upon for future endeavours, while avoiding the hefty investment that a regulated road car or a fully-blown racing programme would bring.

'Brabham's DNA is racing so we had to come up with a product which relates to the racing more than the road – a halo project which says "bang, here we are",' said the three-times Le Mans winner. 'It's fast, it looks great, it can go to road, it can go to racing with the next variants; to go straight into a road car would be a massive investment. It just didn't feel like that was the right strategy for us.'

It made its dynamic debut at the Festival of Speed last weekend (above), making runs up the famous Goodwood hillclimb. The car in action at the event was adorned with a livery commemorating the Brabham's 19th F1 win, which came at the 1978 Swedish Grand Prix and Anderstorp. The race was the only win – and only race – for the BT46B dubbed the 'Fan Car'.

Each of the BT62s produced will sport a different livery, each representing one of the Brabham team's 35 Grand Prix victories.