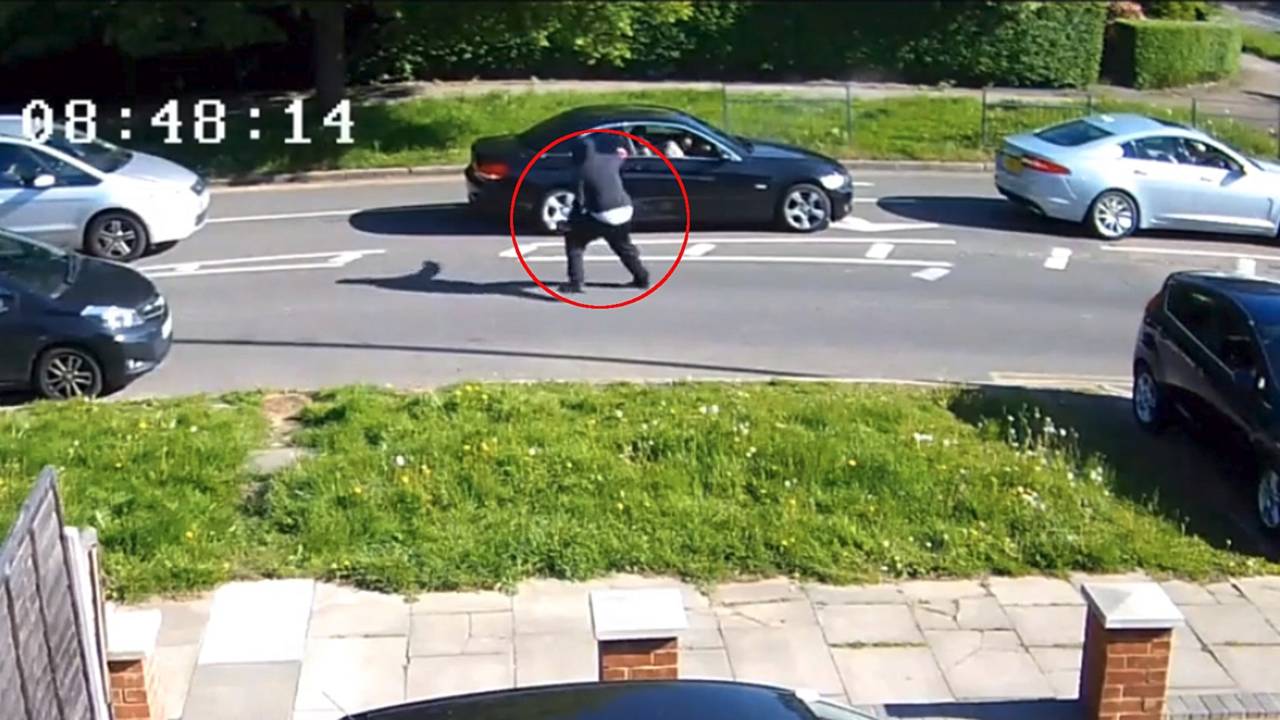 Police have publicised the incident in an effort to catch the criminal.

A terrifying traffic incident the police are investigating as an attempted murder was caught on camera in London recently.

The officer in charge of the investigation has reported that a woman was shot at in her BMW while stuck in heavy traffic in Kingsbury in the north of the city and they have released the video footage in an effort to catch the would-be assassin.

The 51-year-old female was on her way to work at 8.40am on 14 May when the shooting happened – three bullets were fired at the car, smashing both the driver’s side and passenger windows. The woman was uninjured and the suspect fled the scene.

The suspect has been described by the police as a dark-skinned black man, around 5’8” in height and of medium build. It’s thought he may have also styled his hair in short dreadlocks. In addition to the balaclava, the suspect wore his hood up and was dressed in a dark coloured zip-up tracksuit top and trousers.

The video of the incident shows the man firing his gun and running away, while the shocked woman then gets out of her car while it's still moving. Police officers from Trident and Area Crime Command, the Metropolitan Police’s anti-gang crime unit, are currently investigating the incident.

Detective inspector Tom Williams, in charge of the investigation, described the attack as brazen and said that he was releasing the footage in order to see whether anyone would recognise the suspect: ‘This was an outrageous and brazen attack that happened in the middle of rush hour on a Monday morning. Firearms have absolutely no place on London’s streets and we are carrying out a full and thorough investigation into locating this man and making sure that he appears before the courts.

‘We are following numerous leads, but are also appealing for anyone with any information to contact us as soon as possible.’

Take a look at the video footage of the incident below.