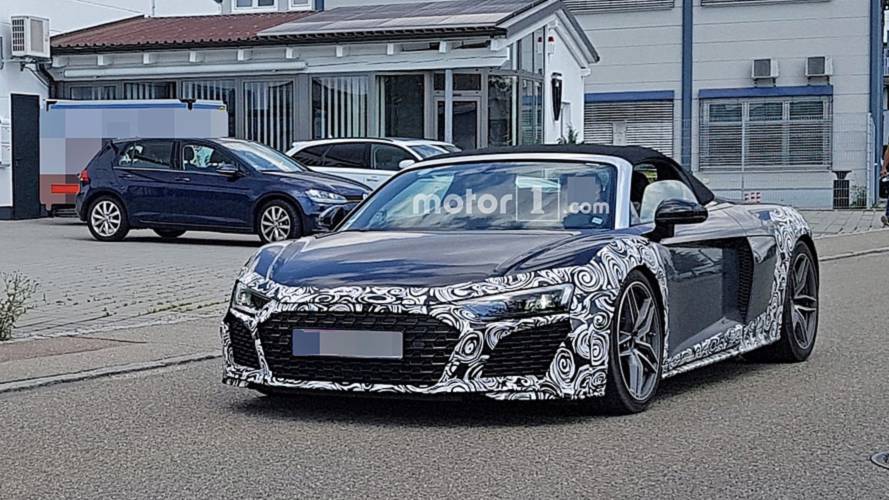 The oval exhausts are only part of the story as the prototype had numerous other tweaks.

For a model believed to be on its way out, the R8 sure is getting a lot of attention from our spy photographers. While the chances of seeing a third generation of Audi’s supercar are slim, the current V10 machine still has a few years left in it and in this interval there will be an update. The jury is still out on whether the R8 will get a facelift, a hardcore GT variant or both, but whatever the Four Rings are planning, both the coupe and the droptop will be refreshed.

After several batches of spy shots depicting the supercar with the fixed metal roof, its convertible counterpart has now been spotted out in the open flaunting a series of changes. Beginning with the most obvious one, the angular exhaust tips have been replaced with oval ones, hence why many would be tempted to say this is an R8 GT in the making.

Then there’s the full-width mesh of the rear bumper, hinting the naturally aspirated 5.2-litre could get a bump in power that would require additional cooling. We know from the Lamborghini Huracan Performante that the V10 can push out 631 bhp or 28 bhp more than what you get in the R8 V10 Plus.

Most Capable And Focused Audi R8 Ever Revealed

Moving at the front of the car, the grille appears to be sitting a bit lower and comes with a new pattern similar to what the Audi RS Q8 prototypes had. It’s flanked by reshaped air intakes that no longer meet the bottom of the headlights as there’s now a piece of plastic between them.

Audi has also made some changes to the side profile since there appears to be an opening that runs along the entire width of the doors, likely there to aid airflow.

Whatever Audi is working on, it could be revealed in the months to come. This possible last hurrah for the R8 might go official as early as October during the Paris Motor Show before going on sale late this year or the beginning of 2019. Logic tells us the coupe will be launched first, with the Spyder to follow shortly. 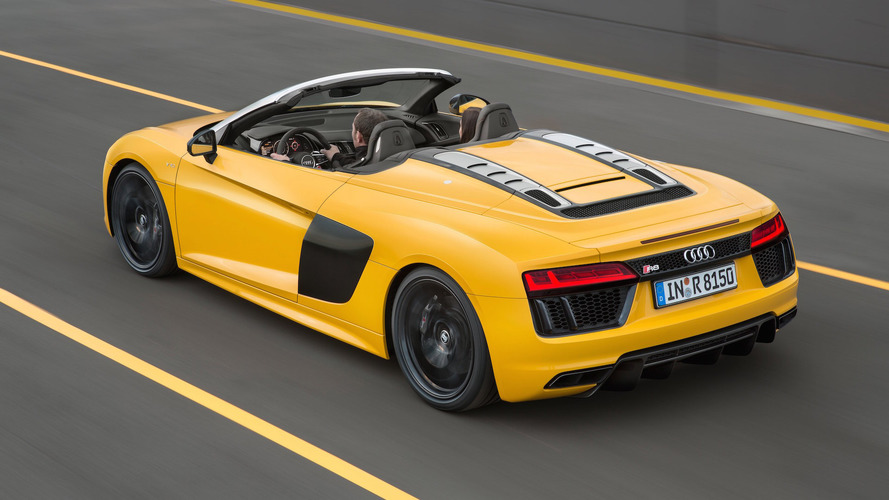