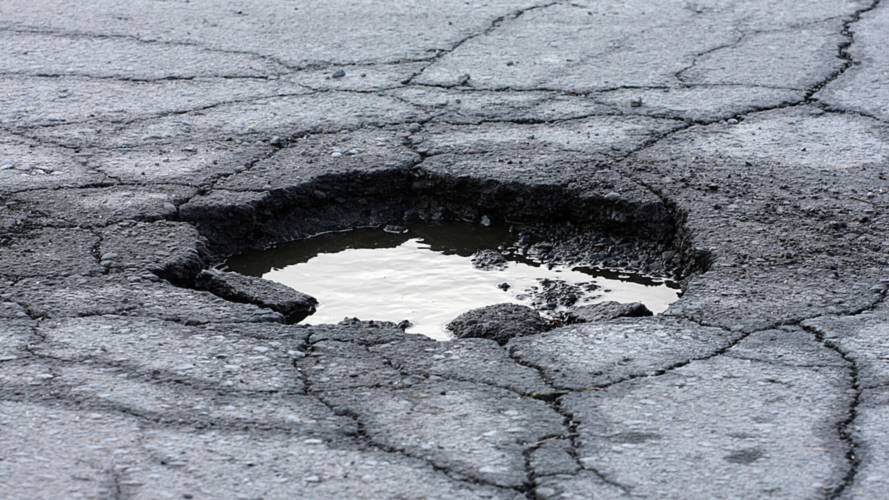 The organisation has dealt with more pothole-related breakdowns than expected this year.

Councils have been told they are losing their fight to fix Britain’s roads, after it emerged that the second quarter of 2018 saw the RAC deal with almost 4,100 pothole-related breakdowns.

Analysis of RAC callouts between the beginning of April and the end of June 2018 found that the breakdown service received 4,091 calls from members whose cars had suffered damaged shock absorbers, broken springs or distorted wheels – issues that are most likely to be caused by potholes.

This figure was fewer than the 5,540 callouts the organisation received in the first quarter of the year, but the RAC’s chief engineer, David Bizley, said the number normally falls more substantially as councils start to repair roads once the winter months have passed.

‘While the percentage of these call-outs did drop in the second quarter of 2018, it did not reduce by as much as normally happens in this period, as local authorities catch up with repairing the winter damage to our roads,’ he said.

‘From a driver’s point of view this can only mean that our roads are still in a poor state of repair after the damage caused by ‘The Beast from the East’ and the generally harsh late winter conditions the country experienced.’

The New Audi A8 Will Spot Potholes And Adjust The Suspension

Bizley said that although councils were ‘working hard’ to improve the country’s roads, budget cuts meant councils ‘were not winning the battle.’

‘The overall quality of our roads should be getting better, not worse,’ he claimed. ‘Any pothole could at best cause expensive damage to a vehicle, motorbike or bicycle and at worst lead to a fatal accident, with motorcyclists and cyclists at particular risk. Every pothole capable of causing an accident or damage needs to be fixed quickly so it no longer represents a danger to road users.’