We want his job.

The original BMW X5 M launched back in 2009 will go down in history as being the very first all-wheel-drive M model, a trend that continued with the X6 M and more recently with the latest M5. A new full-fat M version of the latest and greatest X5 is on the horizon and it has been spotted this week while being pushed hard through the many challenging corners of the Nürburgring.

That gigantic kidney grille is only matched by the huge amount of power the twin-turbo 4.4-litre engine is going to deliver. Somewhere in the region of 600bhp is a safe guess, but an optional Competition Package already hinted by BMW could extract even more power from the V8. In its highest state of tune, the eight-cylinder mill pushes out 617bhp in the M5 Competition, and we don’t see a reason why the X5 M Competition shouldn’t match that.

For such a large and heavy SUV, the new X5 M sure looks quick in the hands of a skilled test driver extracting every last drop of performance to help BMW put the finishing touches on its Mercedes-AMG GLE 63 competitor.

BMW will have the regular X5 on sale in the United Kingdom beginning November this year, with the range-topping M model likely to arrive before the end of the decade. No word on pricing just yet, but it will likely command a small premium over the outgoing £97,115 model. You will have to wait a bit more for the X6 M as it’s unlikely to be launched sooner than 2020. In the meantime, the regular X6 should land by 2019.

Note: Spy shots below are showing a different prototype caught a while back. 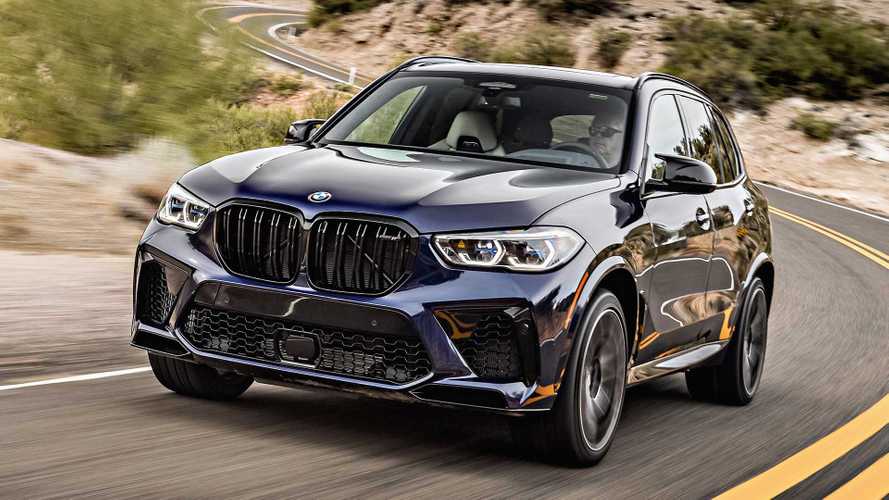