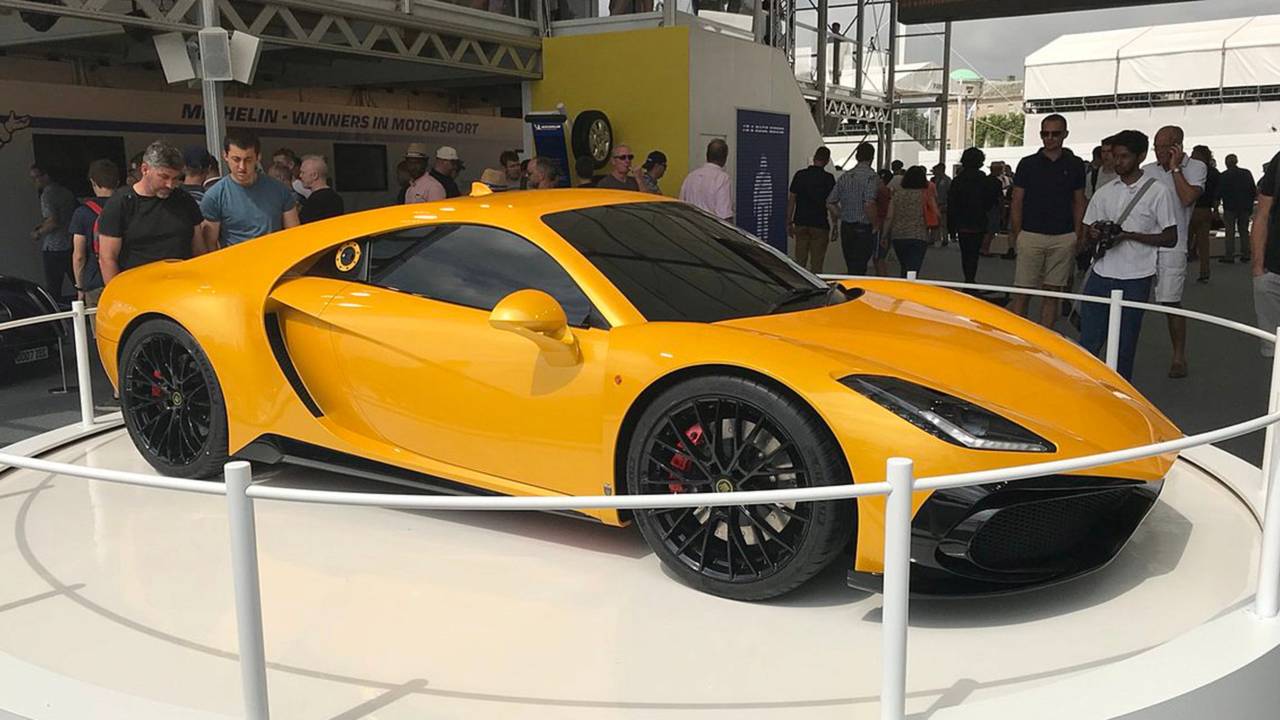 A full-size mockup of the car was revealed at the Festival of Speed.

Noble has revealed its brand new entry-level model at the Goodwood Festival of Speed.

A DSG automatic transmission is set to be used in the starter Noble, which will be rear-wheel drive, again distancing it from the 600, which comes with a manual gearbox only.

The new car is still in the early stages of development, and the version presented at the Festival of Speed is a full-size model with no interior, rather than a working prototype of the M500.

It is expected that the new Noble will be priced significantly under the M600’s £300,000 price tag, and will focus on usability and more practical everyday comfort. Where its big brother in the Noble range uses extensive carbon fibre to keep weight down, the cheaper car will use fibreglass construction. The M500’s smaller size should keep it at around the same weight at the M600’s bantam 1,250 kg level.

The styling is a new step on for Noble – gone is the flat, square styling of previous models, and in come styling touches that are reminiscent of the company’s more highly regarded rivals. The curve around the doors has an air of Bugatti Chiron about it, while the flying buttresses around the C-pillars seem to pay tribute to the M500’s Ford GT engine donor.

Given that we’re only seeing a model of the car, it’s clear that the project is in the early stages of development and that we shouldn’t expect to see the car on sale before the end of next year. Perhaps a run up the hill for the prototype at next year’s Goodwood Festival of Speed wouldn’t be out of the question.