Hypercar owners can take themselves so seriously – but not this guy.

The Goodwood Festival of Speed has been well into full swing since yesterday, with all sorts of slick nonsense going up the hill in the Duke of Richmond’s front garden, but there are still other shows in town – they might not be as well funded or as professionally put together, but where are you going to see a McLaren P1 GTR doing grassy donuts?

The Heveningham Hall Concours d’Elegance, it turns out – the 5,000-acre Suffolk country pile is owned by the guy who founded the Foxtons estate agent, so you’d expect the gravel drive to be full of badly driven Minis, but no, this is real class. 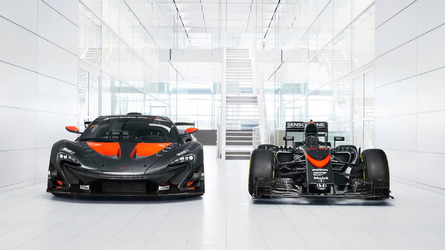 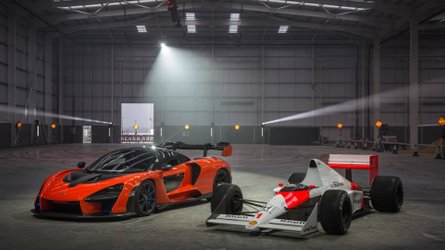 Check out the video – the driver’s having entirely too much fun, hooning the car around on a dusty patch with the doors open. But if you had five minutes and the run of Heveningham Hall’s back garden, wouldn’t you do the same?

The GTR was the even more bonkers racing version of McLaren’s recent hypercar. It was intended as a devastating track-only destroyer of rival machinery, but McLaren collaborator Lanzante Motorsport came up with a road conversion package so that the P1 GTR could enjoy life on the quiet residential streets of Britain, or whichever Arab emirate someone's probably had six gold-plated versions shipped off to so they could sit in a garage gathering dust.

This particular example must be a recent conversion, because it’s sporting an 18-plate registration.

There’s clearly something in the water down in Suffolk, because the same Instagram correspondent managed to get some footage of a Bugatti Veyron driver quitting the beaten track to have a brief dizzying run of his own across the grass on the Heveningham hill route.