2020 Porsche Cayenne Coupe spied inside and out 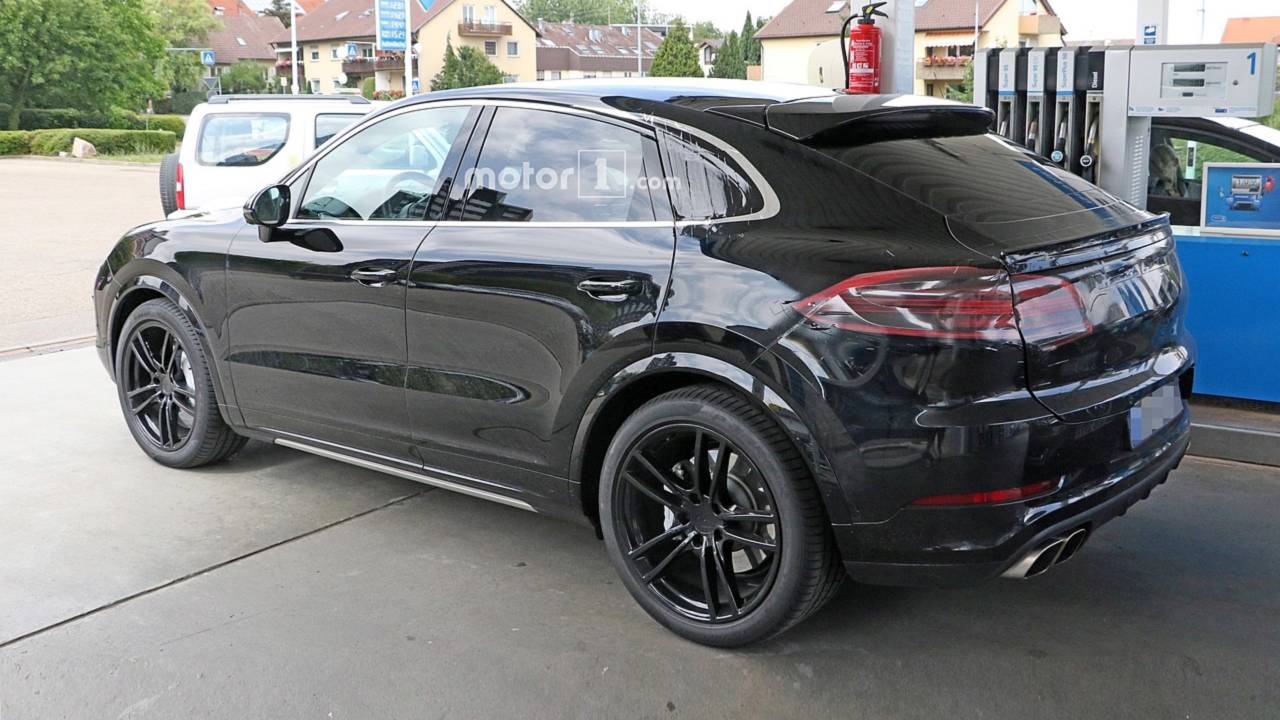 It looks like Porsche won’t be able to resist the coupe-SUV temptation and will have one to call its own based on the current-generation Cayenne. Spied only a couple of days ago, the new body style of the company’s larger SUV has been caught once again courtesy of a different prototype resting at a petrol station after getting a drink.

In typical Porsche fashion, the Cayenne Coupe might seem to be undisguised at a first glance, but look closer and there’s plenty of black tape plastered on the front bumper. It’s the rear end that will be going through most of the changes compared to the standard SUV as a result of a more sloped roofline from the B-pillars towards the back.

Those taillights may seem rather ungainly, but it’s only because there are actually stickers applied onto the real clusters. Porsche has developed a new roof-mounted spoiler for the Cayenne Coupe and we also notice what looks to be a subtle lip mounted on the tailgate to further set it apart from the regular version.

There’s not much to say about the interior taking into account the prototype had basically the same cabin as its donor car, not that it’s a big surprise when you look at the BMW X5 / X6 and Mercedes GLE / GLE Coupe pairs. Some discreet tweaks here and there are likely being planned for the Cayenne Coupe, but overall, the interior will be virtually carried over.

Judging by the shape of quad exhaust tips, it appears this was a prototype of the Turbo version, which for the time being is the top dog in the Cayenne family. Porsche has already confirmed plans to give its SUV the Turbo S E-Hybrid treatment with most likely a Panamera-matching 671 bhp, and we don’t see a reason why the Cayenne Coupe shouldn’t spawn this performance-oriented electrified version as well.

Expect to see the regular versions of the Cayenne Coupe to be launched before the end of the decade, with hotter derivatives to arrive at a later date.