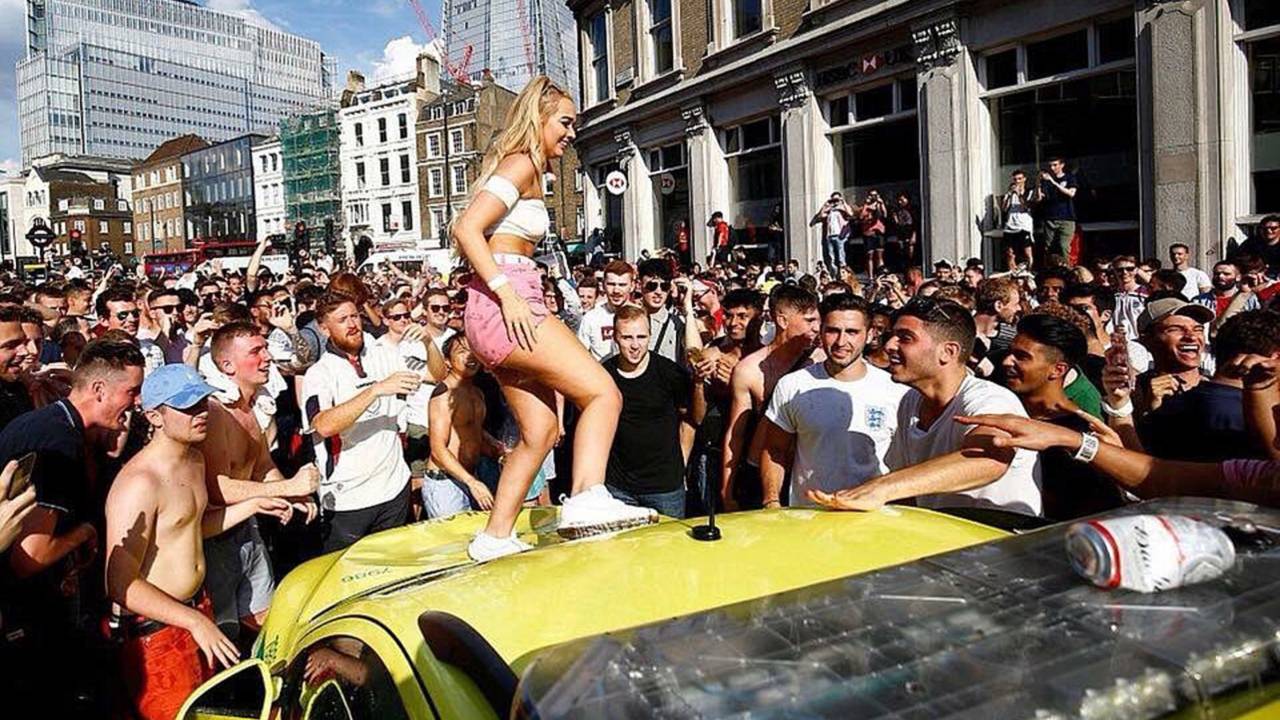 Some took their World Cup celebrations too far at the weekend.

An online fundraiser has gathered over £5,000 to help repair an ambulance that was damaged in the aftermath of England's World Cup quarter final win against Sweden at the weekend.

Images shared across social media showed fans jumping on the emergency service vehicle as their celebrations got out of hand. While the intent was no doubt not meant to be malicious, the foolish act has left the Skoda Octavia off the road needing urgent repairs.

'We're delighted with the result, but this has put a big dampener on the celebrations for us,' said the London Ambulance service in a tweet. While our officer attended a call nearby, this car was damaged in Borough High Street during the celebrations after the game – it's now off the road to be repaired.'

In light of the incident, the Millwall Supporters Club has set up a Just Giving page that has already raised more than £5,000 towards the cost of the ambulance's repairs.

'We think it is very important to help our local community, so we want to help to raise funds to help with the repair of an emergency response vehicle,' said the fundraising page. 'We are very grateful for any donations and support you can offer.'

As well as the ambulance, footage – again shared via social media – showed a taxi in Nottingham being destroyed in similar circumstances. Fans surrounded the taxi, jumping and dancing on it, with one falling straight through the glass roof of the Peugeot.

Another Just Giving page has been set up to help repair the taxi, with that one so far raising more than £2,000.

'I just thought that poor guy has completely lost his livelihood,' Chelsea Reason, who set up the fundraising page, told the BBC. 'It's not fair. How can someone do that?'

'It was meant to be a celebration for us all and they have turned it into something horrible.'

Tony Baccoli, a manager from Nottingham Cars – the taxi firm operating the car destroyed in the incident – added: 'This is a celebration - don't go round destroying people's property and don't put people in danger because that is what it does.'

Nottinghamshire has confirmed that a 27-year-old man has since been arrested for damaging the taxi, while a number of others were arrested for public order offences.