Audi SQ8 could be offered with both petrol and diesel engines 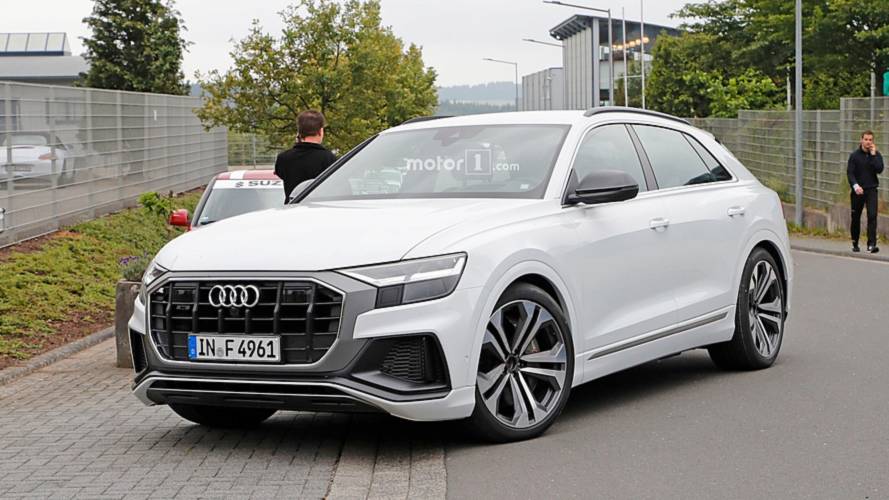 The diesel is expected to utilise the SQ7's powertrain.

Audi unveiled the Q8 a little over a month ago and since then we’ve already seen spy shots of an uncamouflaged SQ8, which could be a sign the official debut is slated to take place in the months to come. As a matter of fact, a new report suggests the company’s plan is to launch the sportier version as early as December, and that could mean an official reveal is scheduled for sometime this fall.

When it will eventually arrive, the SQ8 is going to be offered with two very different powertrains if we were to rely on a new report coming from Autocar. Depending on market, Audi has plans to offer its high-end SUV with a petrol-fed 3.0-litre V6 engine in United States and other markets where customers prefer their hot cars to have a petrol mill. In other parts of the world where diesels still rule  – such as Europe – the Four Rings will install a 4.0-litre V8 borrowed from the SQ7 and the Bentley Bentayga Diesel. As a refresher, those two have 429 bhp and 664 lb-ft of torque.

Fans of the brand might remember that Audi had a similar strategy with the previous-generation SQ5, offering both petrol- and diesel-powered versions of the hot crossover at the same time, depending on region. The new one is petrol-only for the time being, but we won’t be too surprised if a TDI unit will be launched in Europe further down the line.

Getting back to the Q8 family, there’s also going to be a fully fledged RS Q8 bound to use an adaptation of the electrified V8 found in the Porsche Panamera Turbo S E-Hybrid. It will arrive at a later date for all markets and will pack roughly 670 bhp to go up against the likes of the BMW X6 M and Mercedes-AMG GLE 63 Coupe.

Meanwhile, the SQ8 could premiere at the beginning of October during the Paris Motor Show before going on sale late this year.