Porsche is gearing up for what will most likely be the most revolutionary model in the brand’s history. According to different sources, the all-electric Taycan will go official early next year with first customer deliveries scheduled for later that year, but the vehicle is still in its development phase as this new spy video confirms.

Spotted by Youtuber Automotive Mike at the Nurburgring track in Germany, this prototype of the Mission E’s production version is featuring fake exhaust tips integrated into the rear bumper, but don’t let them fool you – there’s no combustion engine under the hood. Instead, the vehicle will rely on an all-electric powertrain rumoured to produce no less than 600 bhp, making the Taycan a pretty potent machine. Even more impressively, the 0-62 miles per hour acceleration should be performed in well under 3.5 seconds.

More spy videos of the Taycan:

The production version will also be equipped with an ultra-fast 800-volt charger, which will recharge 80 percent of the floor-mounted battery pack in just 15 minutes. Additionally, a few months after the debut of the Taycan, Porsche will also introduce an in-floor wireless induction charging system.

Competing directly against the Tesla Model 3, Porsche’s first production EV will be positioned between the Panamera and the 911 in the marque’s range, most likely wearing a starting price in the region of £60,000. Simply put, as Porsche describes it, it will be 'priced like an entry-level Panamera.'

Porsche has invested €700 million (approximately £618 million at the current exchange rates) into its Weissach development centre, where the Taycan will see most of its engineering. Production will take place at the company’s Stuttgart manufacturing facility, where more than 1,400 new employees will be hired.

Porsche hasn’t given any hints about the debut date of the Taycan all-electric sports saloon yet, but our educated guess is the Geneva Motor Show in March 2019 will be the venue where we will finally see the car. 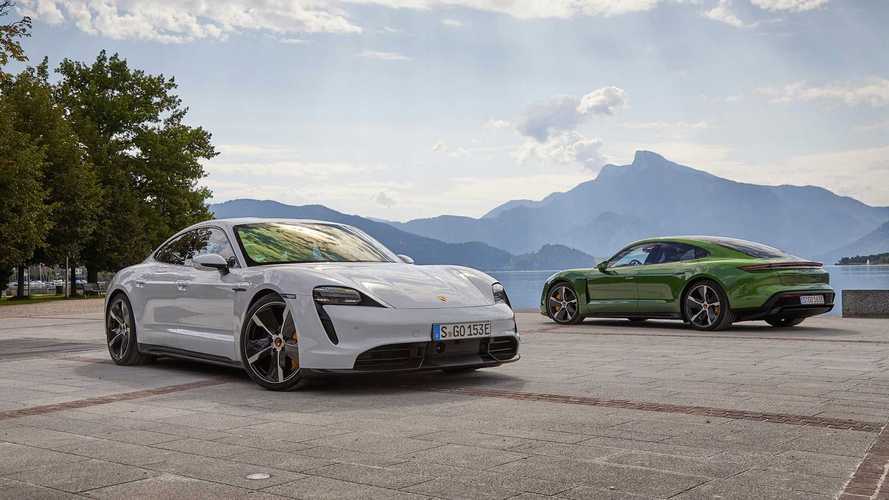