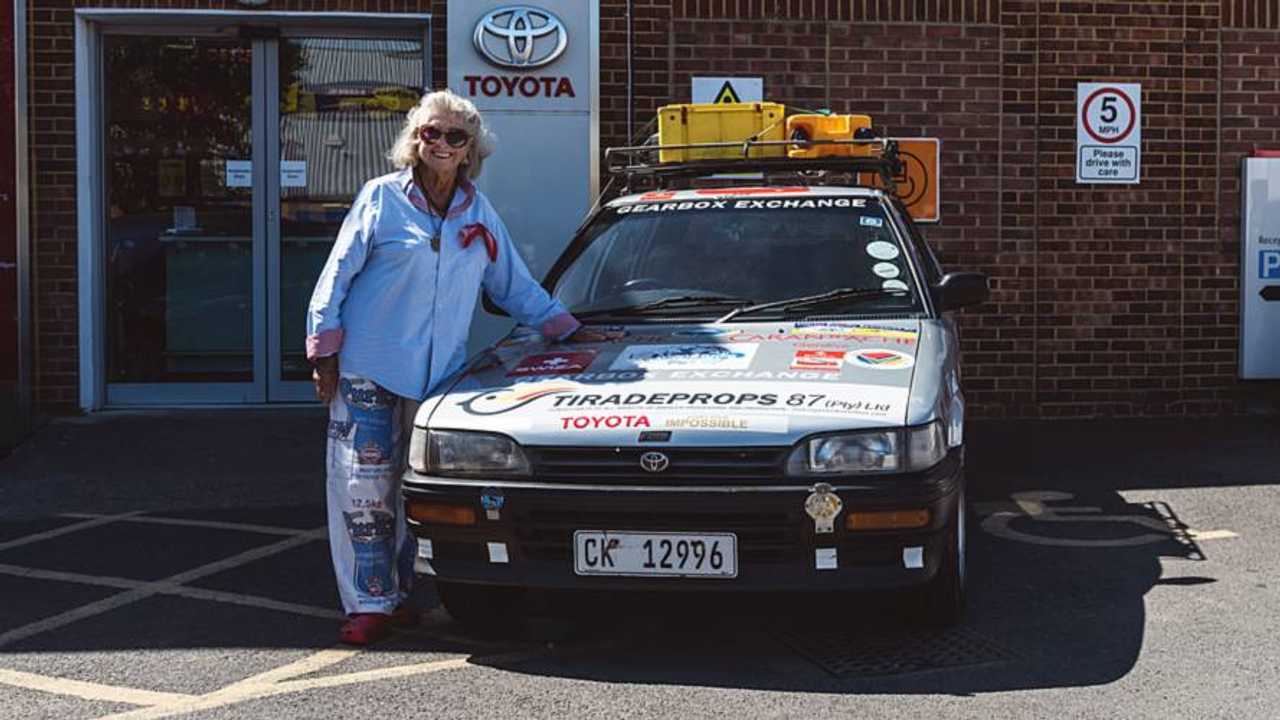 An 80-year-old South African woman has driven a 20-year-old Toyota Corolla from Cape Town to London.

Inspired to make the journey after a local radio host had commented on how much a well-known public figure had spent on cars, Julia Albu set off from her home near the southern tip of Africa in June 2017 and pointed the nose of her 1997 Corolla north, setting course for her daughter’s house in the UK.

It was the culmination of months of planning, during which a 12,000 km route was devised to take in much of eastern Africa, and the car was lightly modified to undertake the journey. Julia’s son-in-law helped her raise the ride height and her next-door neighbour provided larger tyres.

Julia also decided to use the trip to raise awareness for her favourite charity, Shine Literacy, which helps children gain valuable literary skills if they ‘fall through the gaps’ of the education system.

With support from various companies, Julia’s sticker-bedecked Corolla (known affectionately as Tracy) drove through countries including Kenya, Ethiopia and the Sudan, before crossing the Mediterranean to reach Europe.

A year after she set off, Julia arrived in London, her 227,000-mile Corolla carrying the stickers of a long trip, but none of the scars. When the car was serviced by Currie Motors in Isleworth, West London, they found that only routine maintenance was needed.

With a new cam belt, new anti-roll bar bushes and a rubber exhaust mount, Tracy is now heading back to South Africa.

‘As soon as I’d said I was going to make the trip, friends started calling me to see if it was true, so I had to bite the bullet and say that, well… I guess it was… even though I hadn’t thought it through,’ said Julia. ‘My partner of 33 years had recently died, I was broke and I couldn’t knit. But I thought that if I could research how to do it and team up with my favourite charity, I might be able to do some good for the world.

‘There were points when I was so tired of travelling that I thought I couldn’t go on but I never regretted the decision. I think Tracy is the best car on the road. I never had a breakdown or a flat tyre or anything, and now that she’s been looked after here [at the dealership] she’s all ready to go again.’