A car pulled away from the petrol station with the fuel pump still in, spraying the Lambo with petrol and setting it ablaze.

Dramatic footage of a Lamborghini Huracan Performante on fire at a US petrol station has been posted on Instagram.

Two Lamborghinis that were on their way home from taking part in the Goldrush Rally via St Louis, Missouri, had stopped by a Mobil1 fuel station to fill up with petrol when another car, which appeared to be a Chrysler MPV not associated with the rally, drove off with the fuel hose still attached to the car.

Petrol sprayed over one of the Goldrush Lamborghinis, which then caught alight on the hot engine cover. Dramatic photos show the car ablaze in the middle of the station forecourt. The owner of the car was said to be inside the shop at the time, getting ready to pay for his petrol.

Witnesses report seeing a huge ball of flame rising up in the forecourt as people scrambled for safety across the road, unaware of what was happening. The fire brigade arrived quickly on the scene, but the Lamborghini was completely destroyed. 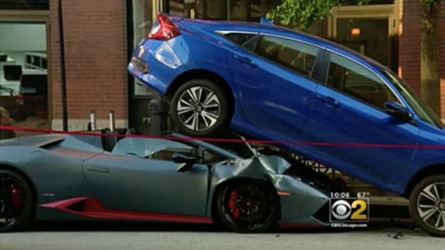 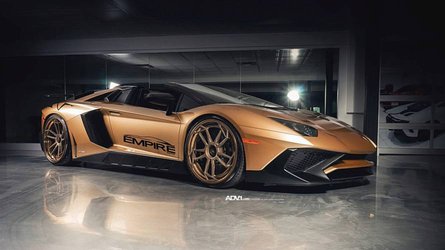 There’s flashy, and then there’s this matte gold Lambo Aventador 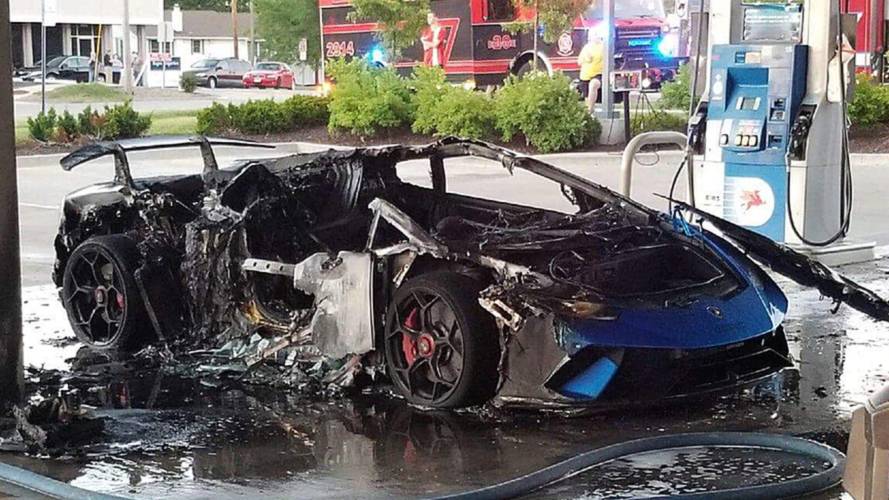 Rally organisers commented on the fire on their official Instagram account, saying: ‘We are happy to report that no one was hurt in yesterday’s fire at a gas station in St Louis involving a Goldush Rally Lamborghini Performante.’

The Goldrush Rally started in Boston on 22 June and finished up last weekend in Las Vegas, with participants in their exotic machinery taking two weeks to cross the USA. The event costs around £15,000, but those who stump up the cash are promised a ‘premiere automotive lifestyle rally’. During last year’s event, one driver had his Lamborghini Huracan seized by police after repeated speeding convictions.

The Huracan Performante was launched just last year at the 2017 Geneva motor show, featuring a 5.2-litre V10 engine producing a heady 631bhp. It manages 0-62mph in just 2.9 seconds and will travel on to a whopping top speed of 218mph.