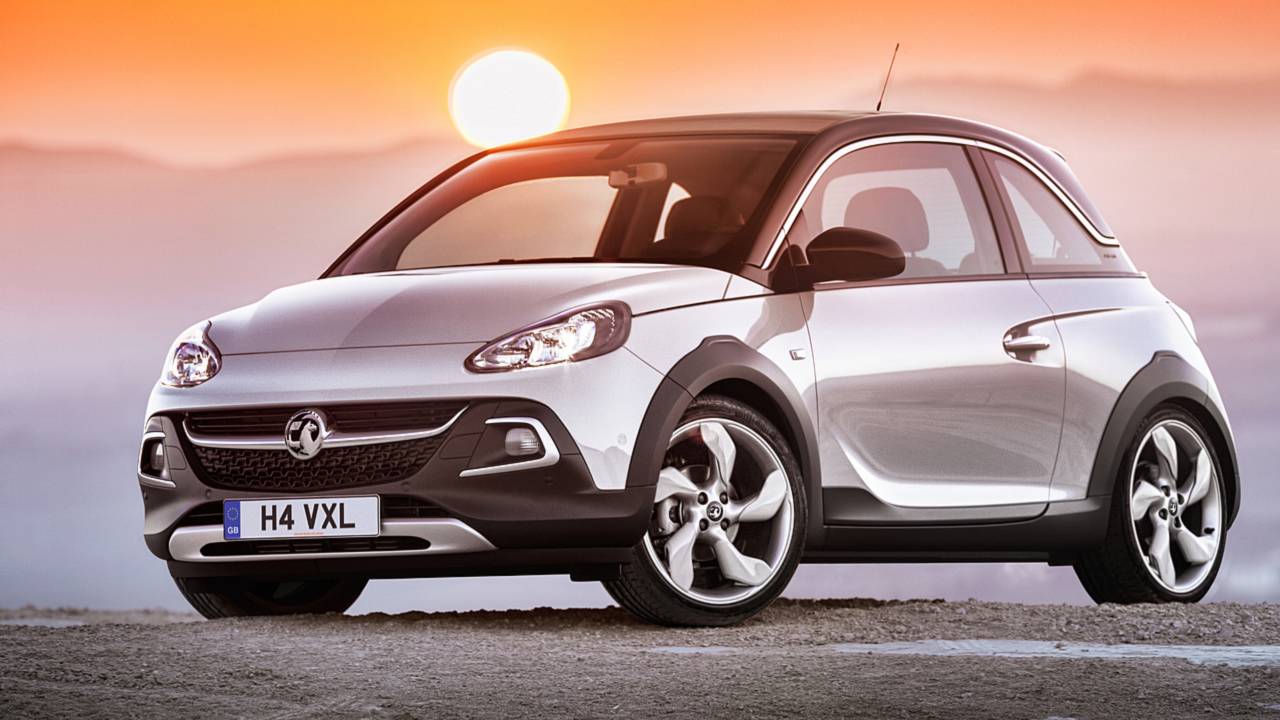 Vauxhall has axed the Adam Rocks due to low sales.

Vauxhall has called time on the Rocks S and Rocks Air versions of the Adam supermini in the UK.

The British brand cited slow sales as the reason for the axing of the two SUV-inspired trim levels. Just 138 Rocks models were sold last year out of the total of 7640 Adams shifted. Meanwhile, the comparable Corsa sold seven times as many units as Adams.

Rocks models were just one in every 55 Adams, while there were 382 times as many Corsas sold as Adams Rocks.

The slow sales of the SUV-inspired models come as something of a surprise given the emerging trend among manufacturers to introduce such models. SUV-like versions of the Ford Fiesta, Hyundai i20, Dacia Sandero and the Suzuki Ignis have all been introduced in recent years. The Adam and Adam S will remain on sale. The car was introduced back in 2012 as a rival to the Fiat 500 and Mini.

'Vauxhall continuously reviews its product lines and adapts various offers to suit market demand,' A Vauxhall spokesman was quoted by Autocar. 'While the Adam Rocks continues to be available in most European markets [as the Opel Adam Rocks], Vauxhall has taken the decision to focus on the more popular Adam variants in the UK. For that reason, the Rocks models are no longer available in the Vauxhall range.'

The Adam Rocks is the latest Vauxhall model to be axed since PSA took over the company last year. The Astra GTC and Zafira Tourer have been cancelled, while the diesel and VXR versions of the Corsa were also dropped earlier this year as part of PSA's cost-cutting and profit-growing measures.