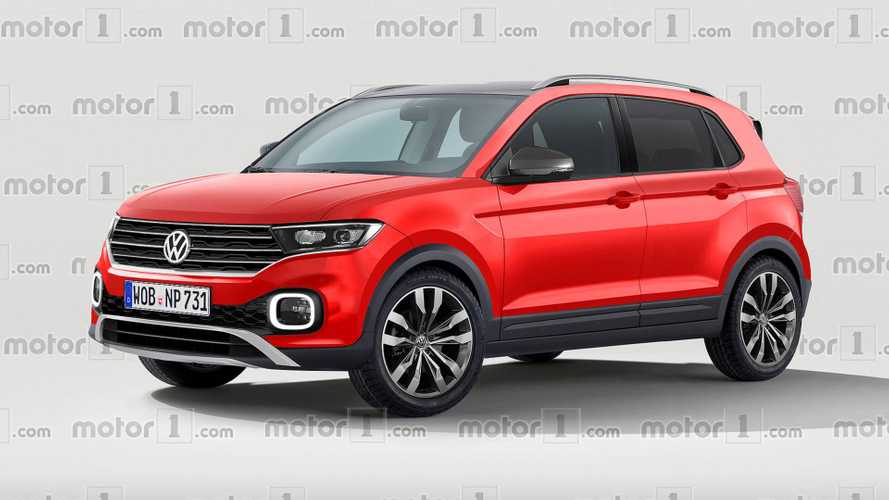 Earlier this week, Volkswagen kicked off the teaser campaign for its new crossover set to be positioned underneath the stylish T-Roc. We’ve decided to put those design sketches to good use by turning them into a speculative render to get a more accurate idea of how Wolfsburg’s equivalent of the SEAT Arona is going to look like when it will debut later this year.

VW freshened up its crossover design language earlier this year with the launch of the all-new Touareg and we’re expecting the upcoming subcompact model to borrow a thing or two from the far more luxurious and larger model. The most obvious similarities between the two models will be noticeable at the front, specifically how the grille will meet the headlights, but it probably won’t look as interesting as the Touareg’s front end. Dare we say the back of the T-Cross will actually look nicer thanks to that Cayenne-esque full-width LED light strip revealed by VW in the teasers.

As far as the interior is concerned, we won’t be seeing the Touareg’s massive 15-inch touchscreen as VW’s little crossover is expected to source most of the cabin bits and pieces from the Polo. Largely based on the supermini, the new T-Cross will be small on the outside, but big on the inside where the company has promised to offer a 'surprising amount of room.' If you need extra rear legroom or more cargo capacity, the rear bench slides back and forth, thus enabling a high level of flexibility that should come in handy.

The official premiere of the T-Cross will take place this fall and it will be VW’s fifth crossover for Europe. An even smaller T-Track is allegedly in the pipeline as a follow-up to the up!-based Taigun concept, but it won’t be out in the foreseeable future and we’re not sure if it will be offered in Europe.