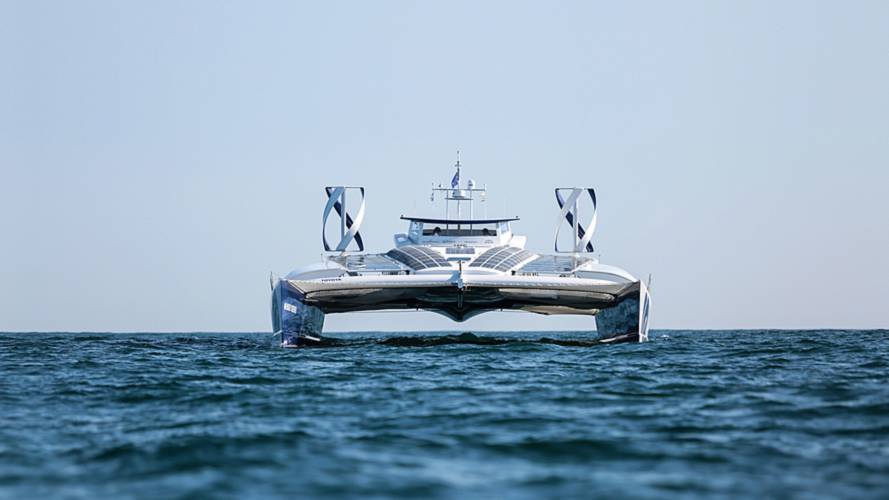 The boat will be sailing to the 2020 Olympic games.

Toyota is backing the worldwide tour of the Energy Observer, a boat launched last year to deliver positive and inspiring information about getting energy from nature.

The ship is the first autonomous hydrogen vessel that emits no greenhouse gases or fine particles. The electric-propelled vehicle works by using a mix of renewable energies and a system that produces carbon-free hydrogen from seawater.

Toyota is a brand that has been championing hydrogen technology development, and the technology at use on the boat is behind Toyota's involvement in the project.

The boats ability of being able to gain a considerable weight advantage (50 percent of the displacement of the ship) when compared to a more traditional battery storage solution. The technology allows it to overcome the issue of the intermittent supply of energy both on land and at sea

'We are really excited to have Toyota Motor Europe on-board for this mission. We share the vision of hydrogen as the key for accelerating the energy transition, a vision that we wish to carry to the 2020 Olympic Games in Tokyo' said Victorien Erussard, founder and captain of Energy Observer.

Matt Harrison, Vice President of Sales and Marketing, Toyota Motor Europe added: 'Energy Observer is an exciting initiative and we at Toyota Motor Europe are delighted to be associated with such a passionate and dedicated team. This project once again demonstrates the many practical uses of hydrogen that can be developed as we transition towards a Hydrogen Society.'

The boat first set sail from France last year and is now in the Mediterranean. It is aiming to head to northern Europe next year before heading to Tokyo for the Olympic Games in 2020.