Honda's Mean Mower is back for another record attempt 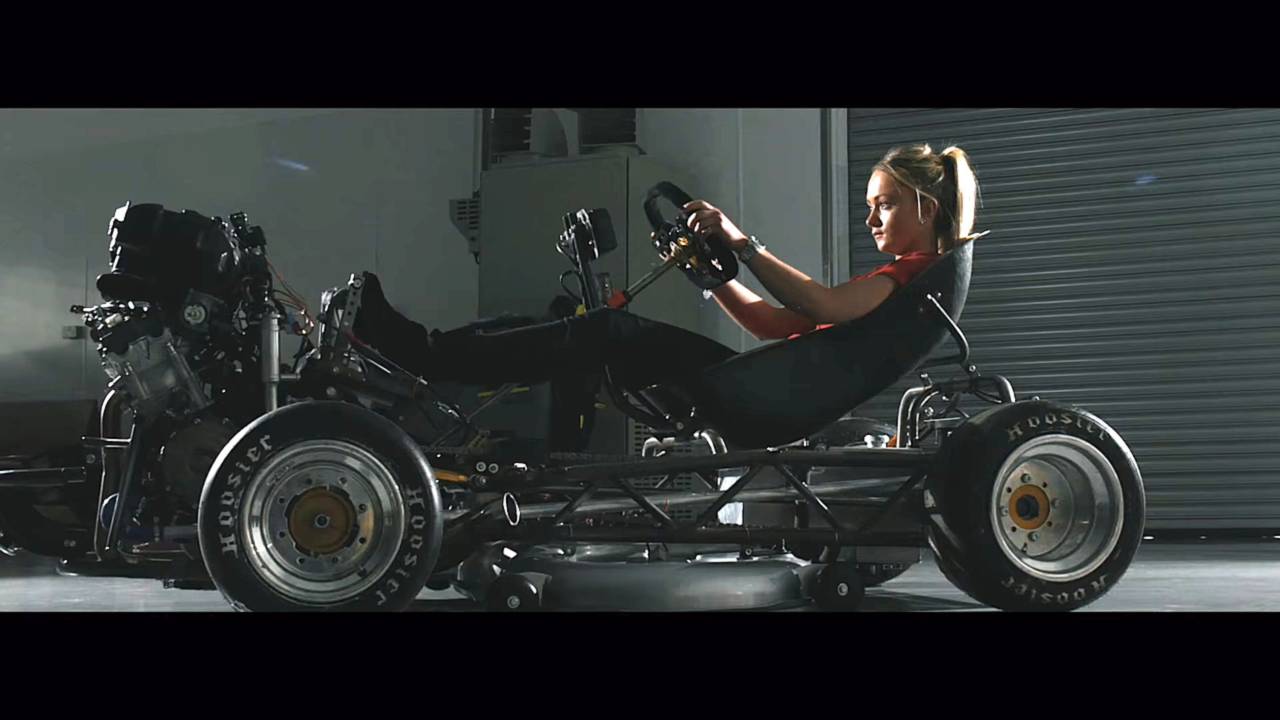 Honda’s Mean Mower is back, and this time it means business. The Japanese carmaker has created a second version of its grass cutter on steroids, and it’s aiming to crack over 150mph.

Mean Mower V2 has been built by Team Dynamics, Honda’s British Touring Car Championship partner and the team behind the original Mean Mower that took the record for the world’s fastest lawn mower in 2014.

The team behind the mower says that development has moved on to a whole new level with the second-generation version – it now uses cad design, more bespoke parts, advanced materials, and 3D printing, and more importantly now packs almost double the power of the original.

Honda UK managing director Dave Hodgetts said: ‘The original Mean Mower was a great challenge for us and the result was an amazing machine. This time we have moved the game on considerably to build an incredible piece of real engineering, using advanced design and production techniques and calling upon some very clever thinking to bring the performance and power but still retain the look of the production mower. We’re in testing phase now and everything is looking good, with a top speed of more than 150mph very much in our sights.’

Honda says that a key part of the brief was to retain the look of a lawn mower – in this case the Honda HF 2622 lawn tractor – which it does by carrying over its front cowl, grass box and body panels.

The second essential element is the ability to still cut grass, which it also still does, thanks to slight revisions to the cutter deck to house the chain running to the rear tyres and the two batteries required to power electric motors which spin carbonfibre blades to mow.

The engine – a high-performance 999cc four-cylinder unit taken from Honda’s CBR1000RR Fireblade SP motorbike – produces more than 190bhp at 13,000rpm. With a superlight frame and engine dryweight of just 69.1kg, Team Dynamics engineers predict an eye-watering power to weight ratio of 1000bhp/tonne. The clutch, ECU, six-speed drivetrain and full colour LCD display are also carried over from the Fireblade.

The brakes are four-piston callipers at the front and six at the rear – vented to increase airflow and reduce weight. Goldspeed 10-inch ATV wheels anodised in gold and special-order Hoosier racing tyres finish the tweaks off nicely.

Driving Mean Mower V2 will be 23-year-old Jess Hawkins, an experienced racer who is currently working as a stunt driver in the Fast & Furious live show. Watch Mean Mower get fired up and ready for action below.