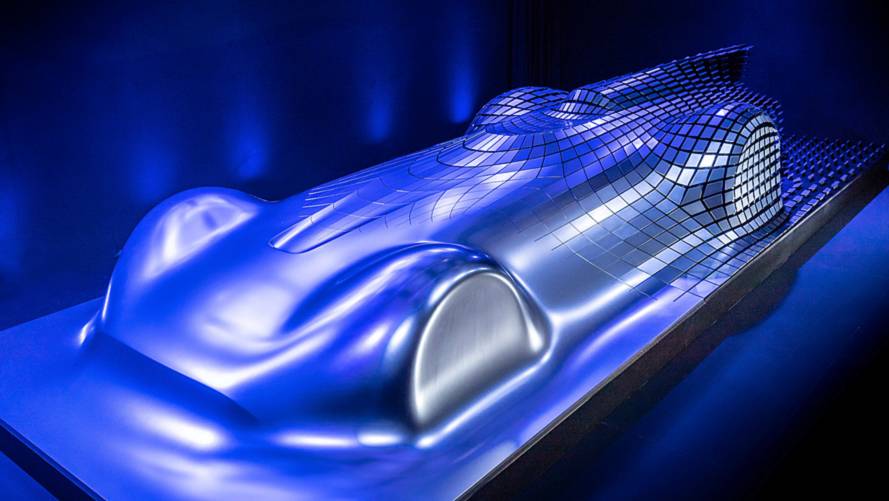 Apparently there's something on this car that will be carried over to the EQ range of electric Mercedes.

Mercedes has released the first images of a brand new concept car it plans to reveal at the 2018 Pebble Beach Concours D’Elegance, the Aesthetics Progressive Luxury.

The concept conjures images of the classic streamliner Silver Arrows racing cars of the 1930s, but it is rumoured that the German carmaker plans to produce the car as a working one-off halo car to launch its EQ electric sub-brand with a bang.

The similarity with the historic racing cars isn’t an accident – the design team was inspired by the car that propelled Rudolf Caracciola 90 years ago to a world speed record on public roads, hitting 269mph on the autobahn between Frankfurt and Darmstadt.

The concept car has been designed so that it looks like it’s falling apart at the rear end – a move that the Mercedes design team says ‘embodies dynamism and speed in a fascinating manner’. The designers say they were particularly intrigued by the balance between the need to make a car functionally fast and the aesthetic benefit.

Clearly the future ranges of EQ electric vehicles from Mercedes aren’t going be styled to look like 90-year-old racing cars, but the German manufacturer does hint that we can expect to see some of the elements of the design here reflected in future cars.

The last electric halo car from Mercedes was a lime green SLS EV, which sold in limited numbers. The rumours from Stuttgart indicate that the Progressive Luxury-inspired car could end up with an even more powerful powertrain than that car’s 740bhp beast.

The first standard car to come with EQ badging is expected to be the EQ C, which will be unveiled at the Paris motor show in October.