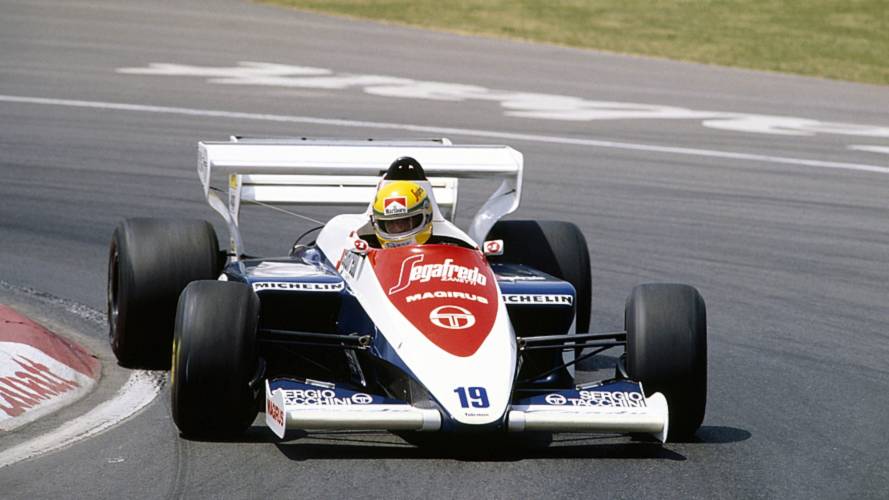 Grand Prix cars from all seven decades of Silverstone's Formula 1 history will be celebrating the circuit's 70th anniversary and a special 'Legends of Modern Formula 1' showcase has been added to the bill.

Cars from the late 1940s to the early 1980s will be racing in the HGPCA and Masters Historic F1 races.

A parade of ERAs, Maseratis and Talbots from the very first Silverstone International Grand Prix in 1948 will be joined by a selection of significant F1 cars from the last three decades.

These include turbo, V8 and V10-engined machines as raced in period by world champions including Ayrton Senna, Jenson Button and Damon Hill.

The collection ranges from a 1984 Toleman-Hart TG184 of the Senna era, to a Ferrari-powered Sauber C30 in which both Kamui Kobayashi and Sergio Perez scored world championship points during the 2011 season.

Cars from BAR, Jordan and Lotus are also included for track demonstrations on Friday and Saturday.

"The addition of Legends of Modern Formula One ensures all seven decades of Grand Prix racing are well represented in our celebrations to mark the 70th anniversary of Silverstone's first Grand Prix in 1948," said Event Director, Nick Wigley.

"In total, we will have close to 100 Grand Prix cars at this year's Classic – a very fitting tribute to Silverstone's remarkable 70-year milestone."

Take That Star To Race At Silverstone Classic