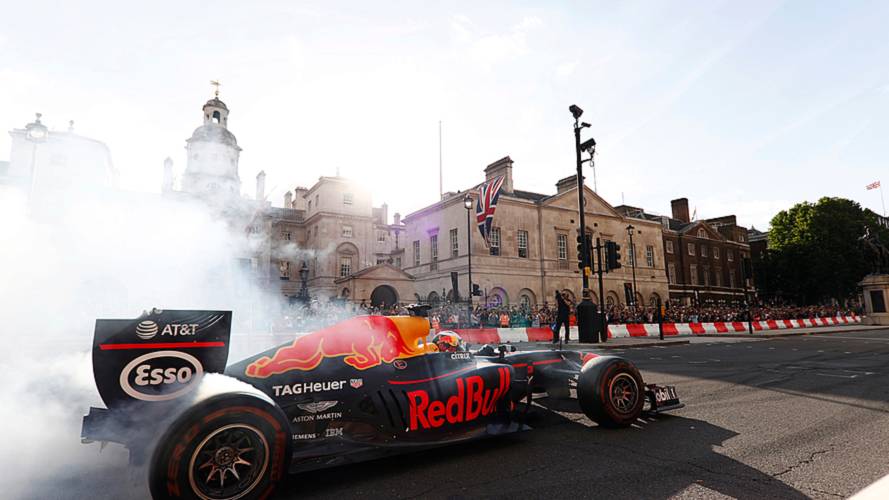 Formula 1 owners Liberty Media are still serious about putting on a grand prix in London, reckons Red Bull boss Christian Horner, amid ongoing uncertainty about the future of the British GP.

With Silverstone having activated a break clause in its contract last year that means the 2019 event is the last one under the current deal, there has still been no word of a potential deal extension.

And amid the possibility that next year's British Grand Prix could be the last one at Silverstone, Horner has suggested that London remains a serious option for Liberty.

Speaking at a media event at the Red Bull factory ahead of the British GP, Horner sais he hopes Silverstone could sort out a fresh contract, but said the best scenario would be a second UK race in London.

"I think Silverstone is the home of British motorsport," said Horner. "It's a great track – access to the circuit now is extremely good and the amount of British fans that are coming to see a British Grand Prix, I think we've got again another sell out crowd.

"This weekend it appears that the BRDC [which owns Silverstone] and Liberty are closer together and talking more positively about engagement with the fans, and what they can do to put on a better activation with Formula 1.

When asked if a London GP was realistic, Horner said: "With Liberty I think it is. As seen from their discussion with Miami, they are potentially looking at different types of models for key markets and I think why not have a race in London one year, a race in Paris another year?

"You could come up with some great venues. Taking Formula 1 to the people as well has proved to be extremely popular – some of the best races that we have on the calendar are street races."