The ultimate Crafter motorhome will debut in September.

Last year’s cool Volkswagen California XXL Concept will finally morph into a production machine. Volkswagen Commercial Vehicles has just released the first teaser images of the Crafter-based camper van, which will be revealed in full during the 2018 Caravan Salon in Düsseldorf, Germany, scheduled for 24 August to 2 September.

The commercial vehicle division of the German auto giant promises the transition to a production model won’t result in a sacrificed design, as the camper will be offered with а single or two-tone paintwork. That’s hardly a surprise, given the fact that the concept looked nearly production ready a year ago. 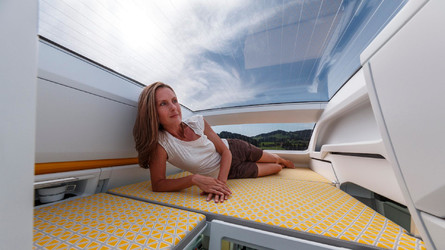 VW California XXL Concept Lets You Sleep Under The Stars 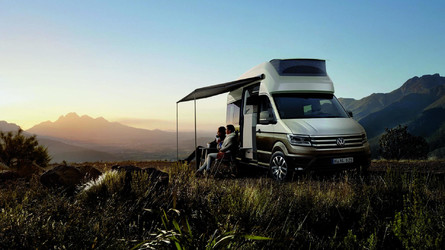 Inside the roomy cabin, there will be a bathroom with а shower and WC, while at the back a large sleeping area and a kitchen with a sink, gas hob, and a couple of fridges will make life on the move easier. Judging by the teaser images, the new camper van will be fitted with a massive panoramic roof for an airy feel and a view to the stars at night – a feature first seen in the namesake concept from last year (pictured in the gallery below). It will be interesting to see whether the version ready for the road will also receive the study’s rotating front seats. 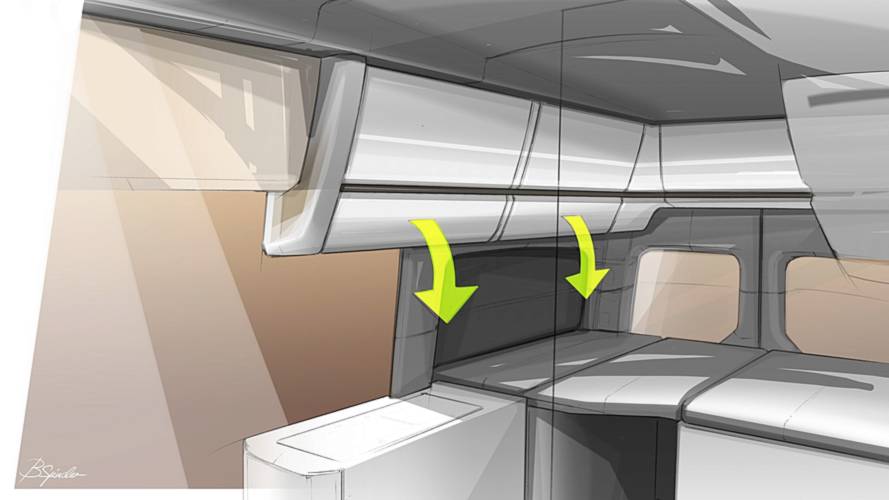 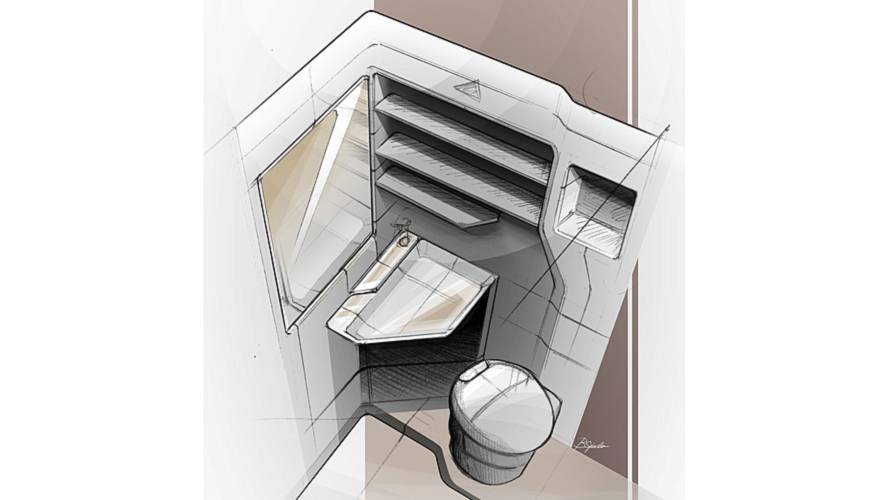 The new camper van is based on the Crafter bus, which means it will most likely share its engine lineup. We expect the most popular choice to be a 2.0-litre turbodiesel motor with 177 brake horsepower and 302 pound-feet of torque. A dual-clutch automatic gearbox and an all-wheel drive will channel the power to all four wheels.

The California camper is the most successful camper van ever constructed with more than 100,000 deliveries since 1988. The variant that’s still on sale is based on the sixth generation Volkswagen Transporter and is offered with 2.0-litre diesel and petrol engines.

Hannover, 3 July 2018 – Volkswagen Commercial Vehicles has taken the 2017 California XXL concept vehicle and developed it into a camper van ready for full production. The company will present the new Crafter-based camper for the first time at the 2018 Caravan Salon in Düsseldorf (24 August to 2 September).

The production version of the new camper van follows the clear, fresh design of the California XXL concept vehicle. The design also creates a link to the iconic T6-based California camper van and will likewise be available with single or two-tone paintwork.

Inside, the new model features bright colours and practical solutions. The bathroom (with shower and WC), kitchen units and sleeping area integrated in the back have been systematically thought through and tailored to life on the move.

Volkswagen Commercial Vehicles has now used its heritage and expertise to develop a new production vehicle based on the Bulli's big brother.

Further details about Volkswagen Commercial Vehicles' new camper van will follow in the run-up to the Caravan Salon in Düsseldorf.