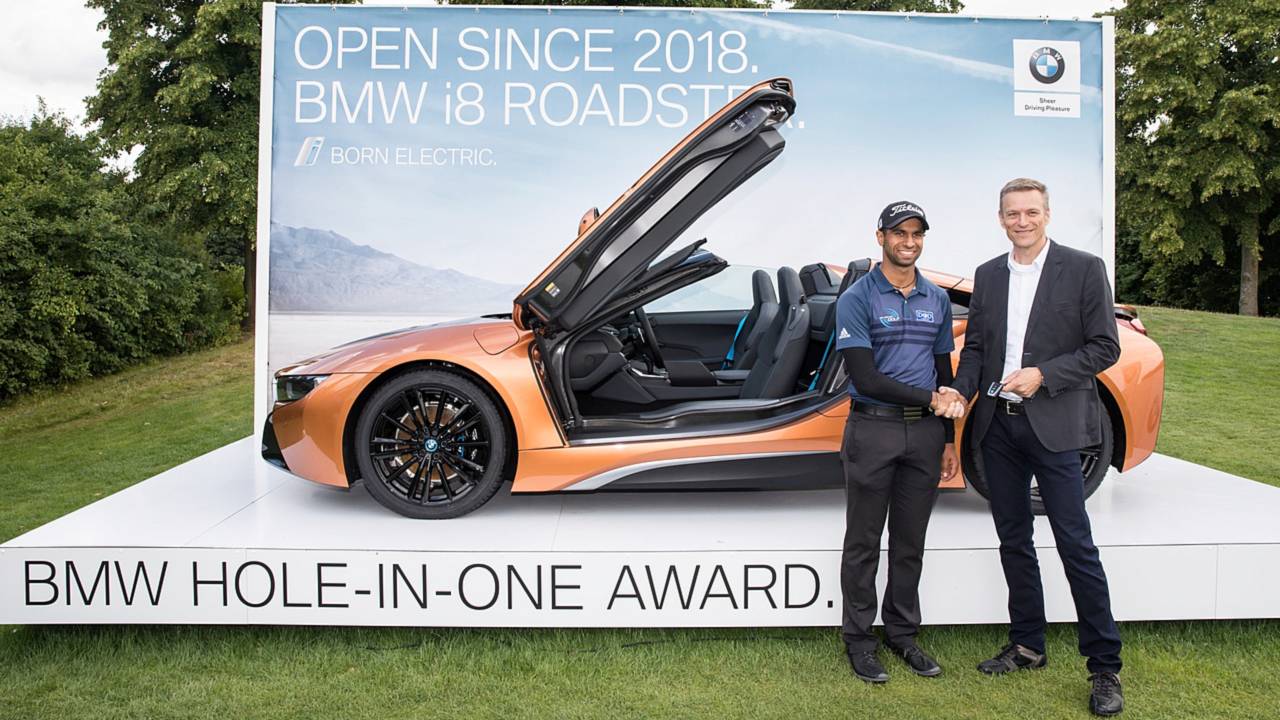 Aaron Rai managed the improbable shot on the 16th hole of the BMW International Open.

For most golfers, a hole-in-one would be enough excitement to last for a little while, but 23-year-old Aaron Rai managed to bag himself a BMW i8 Roadster as well when he sank the ball first time out on the 16th hole at the BMW International Open in Germany last week.

The British golfer was handed the keys to the open-topped car following the tournament at Gut Lärchenhof by Peter van Binsbergen, head of sales and marketing for BMW Germany.

The firm’s hole-in-one award seems to have been a dangerous promise for the company to have made – this is the fourth car the Munich-based carmaker has given away since starting its sponsorship of the event back in 2012.

When the BMW International Open made its debut in Cologne in 2012, Englishman Andrew Marshall was the recipient of a 640i Gran Coupe. Two years later, another Englishman, James Heath, hit a dream shot to win an i8, and Scotland’s Richie Ramsay was the third player to leave Gut Lärchenhof in another BMW – the M760Li xDrive.

The plug-in hybrid BMW i8 has been on sale since 2014, but the Roadster is the latest addition to the hybrid sports car lineup, introduced as part of a mid-life facelift for the car. It features the same turbocharged three-cylinder petrol engine we know from the i8 coupe – but with a beefed up electric motor and battery – extensive use of carbon fibre-reinforced plastic and an electrically operated roof.

With a power output of 369 bhp, the car accelerates from 0-62mph in 4.6 seconds, but perhaps most impressively, the i8 Roadster is officially rated at 141 mpg and 46 g/km CO2 emissions. Are these the most smiles per gallon you can get from a petrol engine? Aaron Rai gets to find out soon, at any rate.