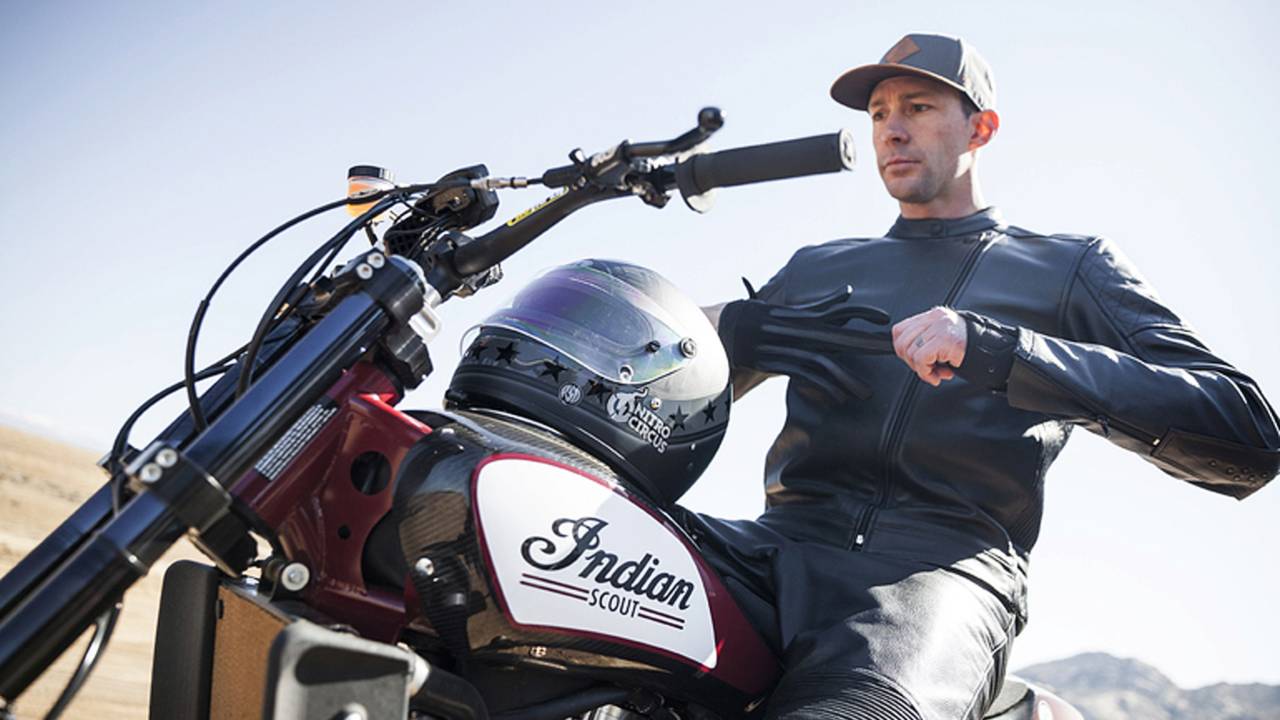 Pastrana will attempt three of Knievel's most dangerous stunts for 'Evel: Live', including the famous Caesars Palace fountain jump that nearly claimed the life of Knievel in 1967.

On the night Pastrana will also try to beat Knievel’s 50 crushed car jump record, as well as his 14 bus record, by jumping 16 Greyhound buses behind Planet Hollywood Resort & Casino, in Paris Las Vegas.

For the three jumps, which will take place consecutively over three hours, Pastrana will use a V-twin motorcycle similar to those used by Knievel – an Indian Scout FTR750 – rather than the motocross bikes he is more famous for using. The Indian is a bike more built for speed and handling rather than jumping, making the jump attempts even more challenging.

'Everything I've done in my entire career has built up to this night,' said Pastrana. 'This is going to be the most challenging night of my life.'

'There's so much that can go wrong and probably will.'

The three-hour event on the US' History channel will also include appearances from Knievel's eldest son Kelly, as well as members of Pastrana's family who will discuss the life and career of the famous performer who died in 2007 after a battle with pulmonary disease

Pastrana's career in action sports and motorsport has been a varied one. The Maryland native is widely regarded as the greatest motocross freestyle rider in history and dominated the freestyle motocross competition at the X Games in its early days. In 2006 he became the first person to successfully complete a double backflip on a motorbike in competition. He has 17 X Games medals, including 11 gold, in five different disciplines on two wheels and four.

One week after the Vegas jump attempts, Pastrana will compete in the second round of the Americas Rallycross series at Circuit of the Americas for Subaru Rally Team USA.