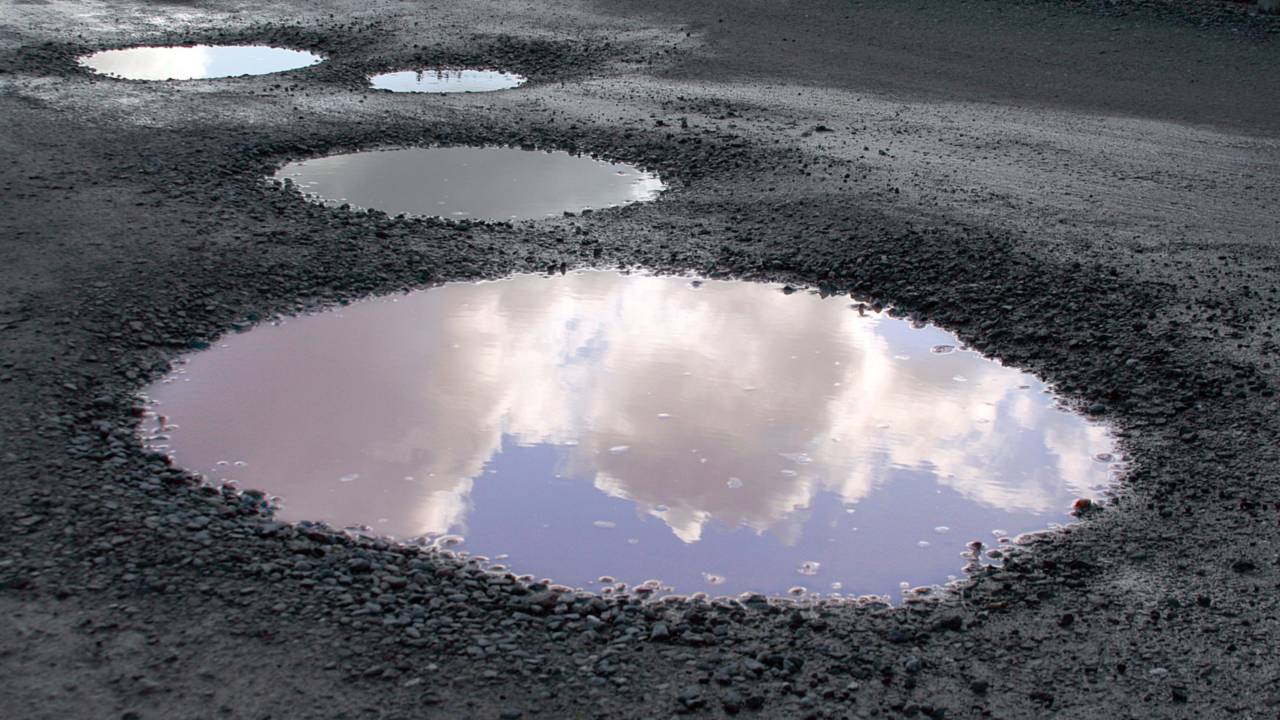 Many driving lessons have had to be stopped because of dangerous roads.

Potholes – arguably the biggest menace on UK roads today. The problem is so bad that the AA is calling for pothole avoidance to be included in the driving test.

The authority thinks that poor road surfaces should be included in the hazard perception part of the theory test, and that how to cope with them should be put into the Highway Code.

One in five roads in England and Wales is in poor condition according to Asphalt Industry Alliance, with councils facing huge budget shortfalls preventing them from repairing the roads.

'It is a sad indictment of our poor road conditions that instructors are having to adapt their lessons to avoid potholed roads,' said AA president Edmund King. 'More troubling is the fact that lessons and tests are being abandoned because of pothole related breakdowns.'

'This is damaging to learners’ confidence and to instructors; whose livelihoods depend on having a fit-for-purpose road network and an undamaged car,'' he added. 'The situation is so serious that the hazard perception test and Highway Code need to change to reflect the state of the roads that learner drivers have to learn on.'

'There is no advice for drivers about potholes anywhere in the Highway Code yet it is one of the most common hazards they encounter.'