McLaren P1 GT will premiere its long-tail rear at Goodwood 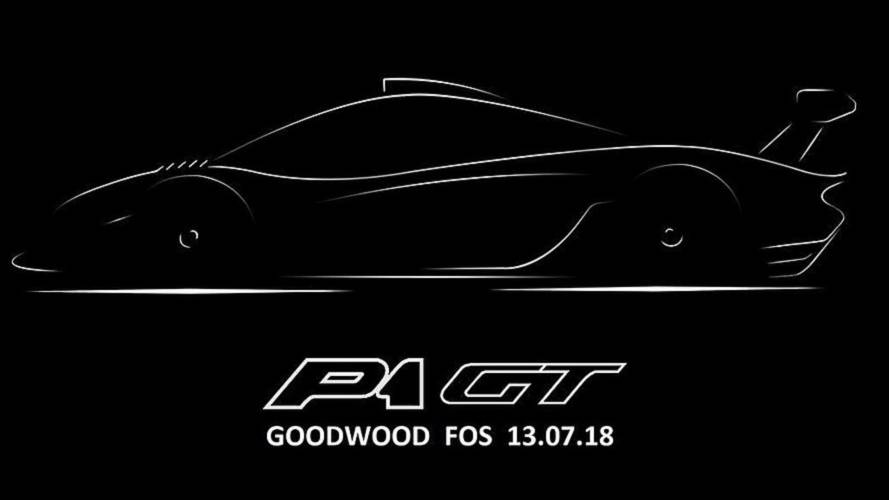 Lanzante is building this special version of the P1 with a sporty new bodywork.

After teasing its creation of a P1 GT Longtail in early June, the McLaren specialists at Lanzante are now revealing the overhauled hypercar's debut at the Goodwood Festival of Speed that runs from July 12 to 15. The machine's wild body takes inspiration from the F1 GT – the road-going version of the F1 GTR Longtail race car.

Take A Look At These Longtail McLarens:

Details about the P1 GT remain scant. The images of the body reveal vented front wings and massive splitter. The roof-mounted intake appears slightly larger. To fit the longtail moniker, the rear section of the bodywork seems to extend farther behind the huge wing. The engine is also a mystery, but Lanzante can already tune the hybrid 3.8-litre biturbo V8 to pump out 986 brake horsepower, so ample power should be available.

A wealthy customer from the Middle East reportedly commissioned the P1 GT. Lanzante might be willing to build two more to match its production with the three examples of the original F1 GT.

Lanzante is well acquainted with creating special McLarens. Among the firm's more recent work is doing road-legal conversions of the P1 GTR and building the 986-hp (735-kW) P1 LM.

If you don't have a P1 to donate for this conversion, McLaren has its own new longtail model on the way with the recently unveiled 600LT. Starting with the 570S, the company bumps the output to 592 bhp and 457 lb-ft – instead of 562 bhp and 443 lb-ft in stock form. In addition, the weight can fall by as much as 95.98 kilograms with all the optional pieces from McLaren Special Operations like a carbon fibre roof and vented wings. With all of these parts, the 600LT weighs 1,247 kg. On the outside, the modified body is 7.3 centimetres longer than a 570S.