Jaguar donates a pair of F-Types to injured soldiers 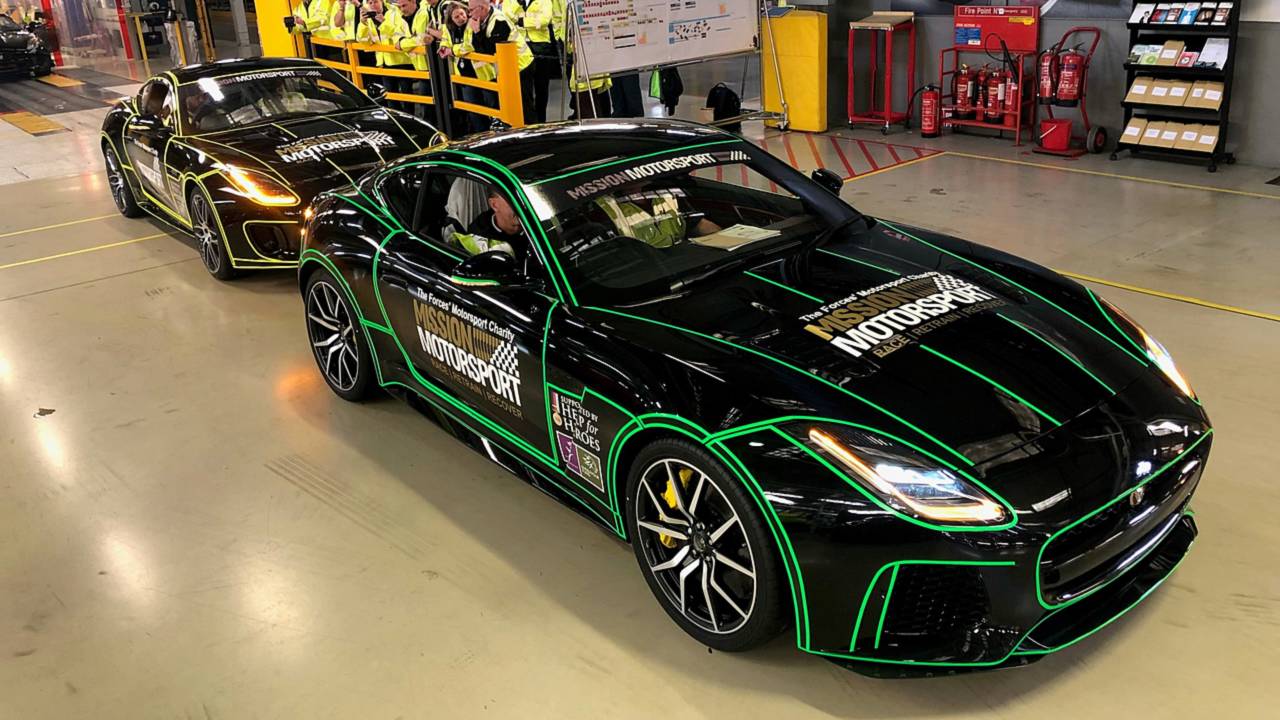 The handover was part of the brand's partnership with Mission Motorsport.

The donation was made in the run-up to Armed Forces Day on 30 June, and continues Jaguar Land Rover’s relationship with the forces’ motorsport charity which was established in 2014.

'These two cars will make an immeasurable difference to the Mission Motorsport team, enabling them to reach even more veterans who don’t know what the future holds after their discharge from the military,' said Rob Lummis, Head of Employee Experiences at Jaguar Land Rover. 'At Jaguar Land Rover we have seen the benefits a programme like this can have in awakening new horizons, ambitions and careers. We look forward to seeing the next set of beneficiaries begin their new future with us.'

People from Jaguar Land Rover's Wounded Injured and Sick (WIS) training scheme, as well as Mission Motorsport ambassadors helped build the cars, which are powered by a 2.0-litre 4-cylinder engine putting out close to 300 bhp and a 5.0-litre V8 with 567 bhp.

'I did not know that my journey from Mission Motorsport to Jaguar Land Rover would be life-changing when I made that first phone call,' said Jaco Van Biljon, who joined Jaguar Land Rover's WIS programme and assisted on the build of the cars. 'I left the military because of a degenerative condition and really didn’t know where to turn. Today, I’m here at Jaguar Land Rover in a job I love, with a team that support me and a bright and exciting future. It’s been quite incredible.'