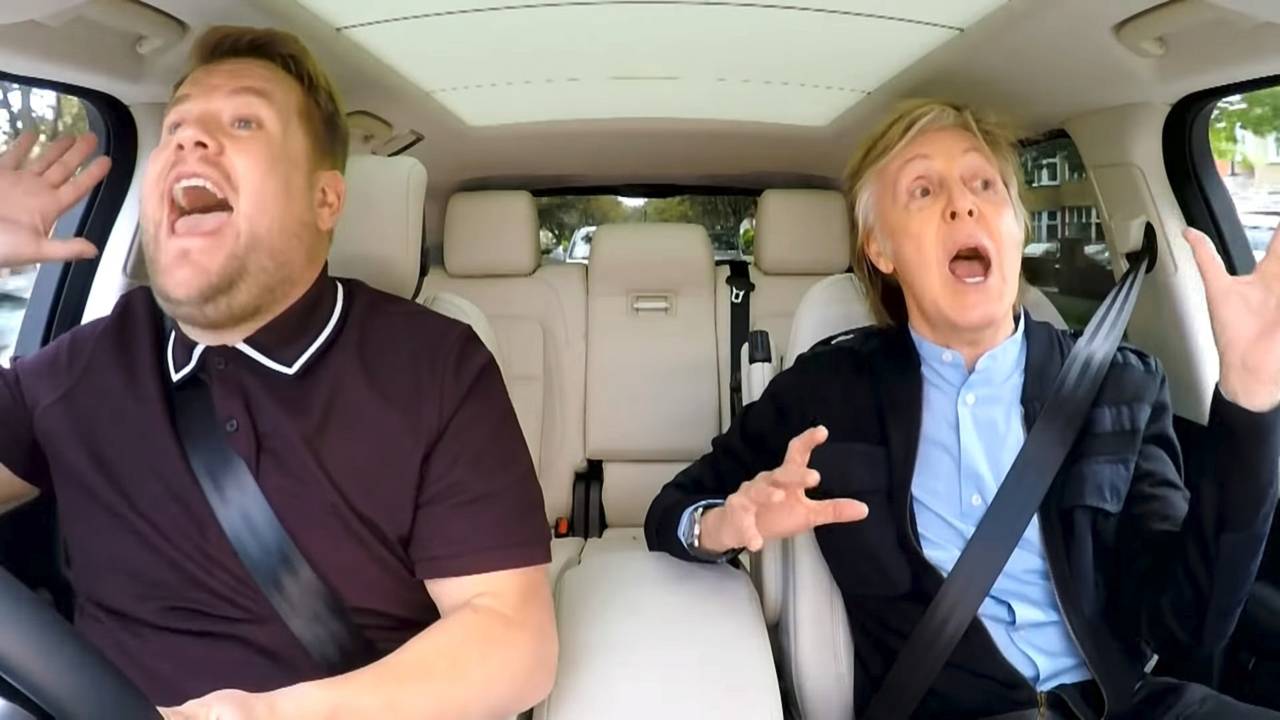 The former Beatle joined James Corden for a little drive round Liverpool recently.

If you’re not familiar with the YouTube sensation that is James Corden’s Carpool Karaoke, what usually happens is that the British comedian-turned-Late, Late Show host picks up a famous singer in Los Angeles or New York who will help him get to work in his borrowed Range Rover.

Coincidentally, he will happen to have a CD with said crooner’s greatest hits and they will sing along in traffic and reminisce about the good times. So far we’ve seen the likes of Britney Spears, Christina Aguilera and Coldplay lead singer Chris Martin jumping into the passenger seat, but the latest episode is altogether more special.

Corden has popped back to the UK to remind everyone he still exists (it’s been a long time since Gavin and Stacey) and has been driving round Liverpool with none other than former Beatle Paul McCartney as his passenger.

Check out these Beatles stories:

John Lennon's Famous Roller Is Returning To The UK

The two visited Penny Lane, took a tour round McCartney’s childhood home and managed a quick performance of ‘Hey Jude’ in the pub that McCartney used to hang out in. On the way, McCartney shared anecdotes and stories of growing up in the area and meeting his fellow band mates before they all became global superstars.

Of all the experiences driving round the birthplace of a living legend, it seemed to be the heartfelt rendition of ‘Let it Be’ that left Corden in tears, as he recalled his grandfather playing the song to him as a child, saying: ‘If my grandfather were here right now he'd get an absolute kick out of this.’

Click below to watch the Carpool Karaoke episode with James Corden interviewing former Beatle Paul McCartney as they drive round Liverpool together.