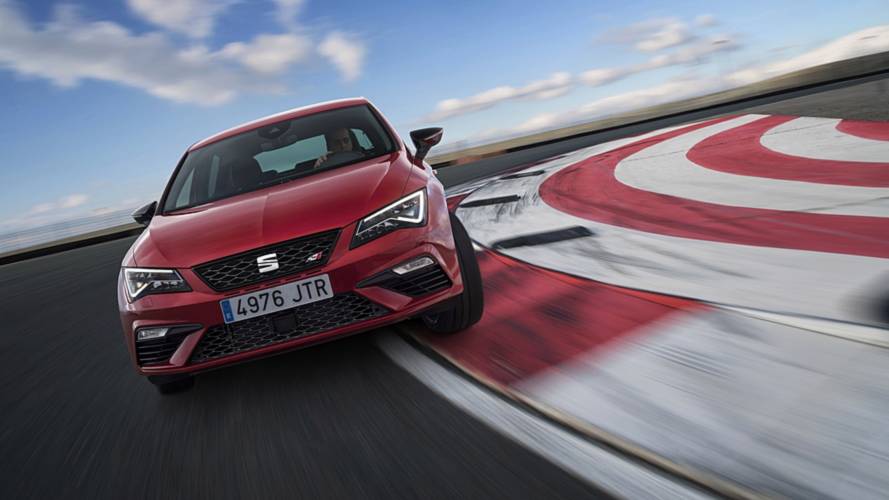 The unrealistic lab-based New European Driving Cycle (NEDC) will have to make way for the more stringent Worldwide Harmonized Light Vehicle Test Procedure (WLTP) beginning with September when WLTP is going to become mandatory for all newly registered cars. The Volkswagen Group is greatly impacted by the transition as the core brand will have to stop production at its main plant in Wolfsburg, Germany for 1-2 days a week between August and the end of September.

VW’s Spanish division SEAT is also having some problems, but of a different nature. The forthcoming test regime is forcing the Martorell-based marque to change the name of the Leon Cupra 300 to Leon Cupra 290 to reflect a loss in power of 10 PS (10 metric horsepower). That means the hatchback won’t offer 300 PS (296 bhp) anymore, with the turbocharged four-cylinder 2.0-litre engine to be detuned to 290 PS (286 bhp).

Seat's UK allocation of Leon Cupra Rs has sold out

The silver lining here would have to be the more practical Leon Cupra ST as the estate will soldier on with the full power thanks to its all-wheel-drive layout.

As you may recall, WLTP is affecting other brands outside of the VW empire. For example, Peugeot had no other way but to pause production of the 308 GTi and the French hot hatch will be on a hiatus until the beginning of October. Porsche is also affected by the switch to the new test regime, as is BMW with its European petrol-powered 7 Series along with the M3.

As disappointing as this may be, it’s a good thing WLTP is coming since it’s considered as being significantly more realistic than NEDC by including a new testing element that actually takes place in the real world. Not only that, but new cars will be evaluated over extended distances and will be tested at higher speeds as to provide more accurate results.