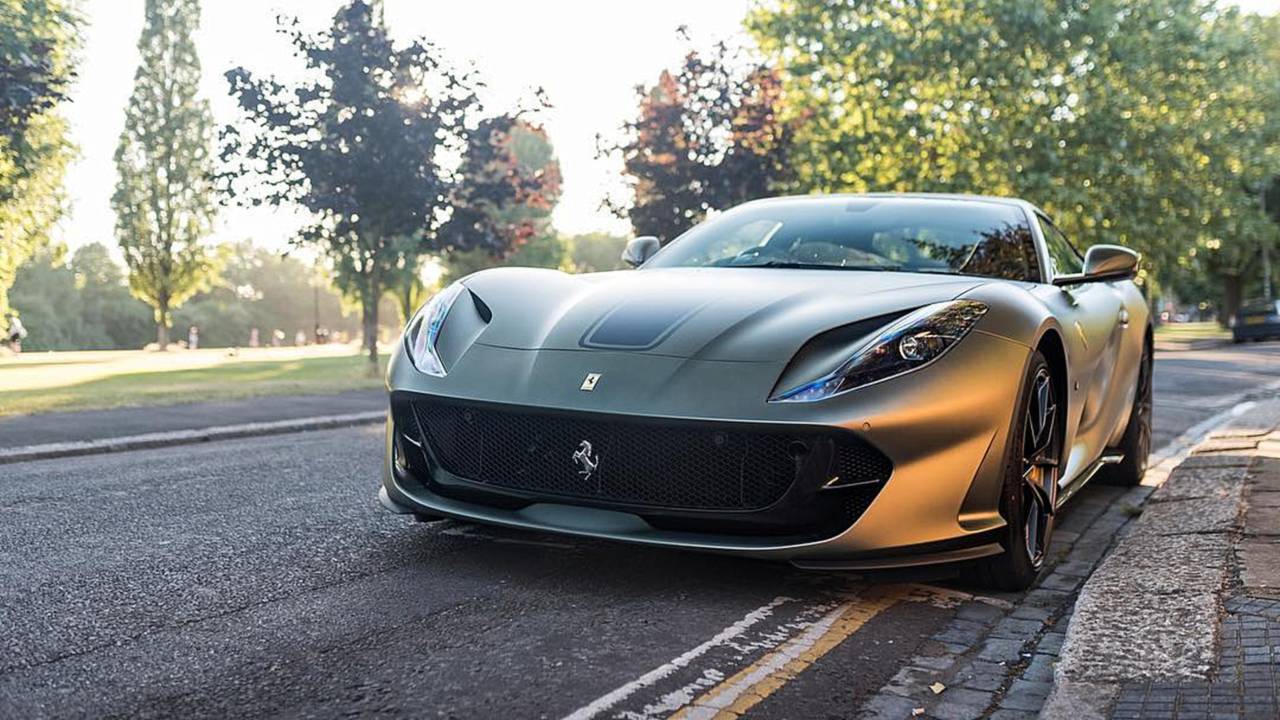 Famous man buys car, gets the dealer to pick the colour.

Celebrity swearist and sometime chef Gordon Ramsay is an big fan of the C word. He's particularly fond of the F word too.

That's right, Ramsay loves his cars, and he's a big fan of Ferraris. We've seen him with a number of Prancing Horses over the years – A white F12tdf, a gunmetal grey LaFerrari, a pearl white LaFerrari Aperta (which had a spell on display at London's design museum earlier this year), the list goes on and on. Now he's added to his stable, with the 812 Superfast.

The, erm, 'super fast' flagship of Ferrari's series production car range is a special piece of kit. 789bhp, 0-60 in 2.9 seconds, and a top speed of 211mph, so it fits right in with the other cars Ramsay has owned... or does it? Because he usually opts for relatively subtle tones for his Ferraris – greys, whites, blues – but his 812 Superfast looks remarkably different.

'I've always had my cars specced by me personally,' he said on an Instagram video (see below). 'This time I asked my dear friends at HR Owen to spec it for me. Look what they've done! Do I like it? I ******* love it! My stealth bomber.'

It's a bold move trusting someone else to completely spec up your brand new £260,000 supercar, but it looks to have paid off for Mr. Ramsay. Nice one.

Discover the differences between the Ferrari 812 Superfast and F12tdf

The most expensive Ferraris ever sold

Is a normal Ferrari too mainstream? Commission a nice one-off