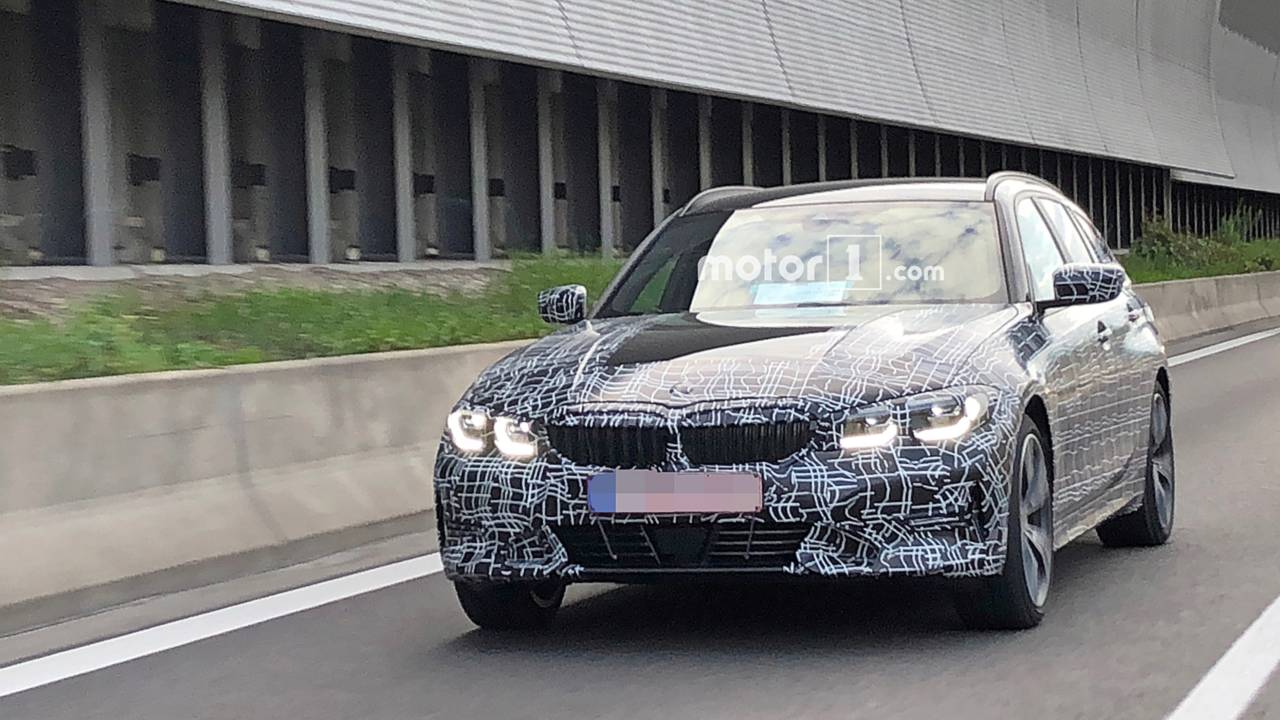 The estate shares many similarities with the saloon.

We know there’s an updated BMW 3 Series coming. Spy photos of a sporty and camouflaged 3 Series saloon kind of give away the German automaker’s future intentions. But the 3 Series is more than just a four-door saloon. The model has the Sports Touring trim available, and the first set of spy photos of a 3 Series Sports Touring estate shows the body styling continuing for at least another generation.

Move to the back of the Sports Touring, and again, there are similarities found in the saloon. While the roof is longer, ending in a hatch at the rear, the taillight elements appear the same. Move down below the hatch, and the Sports Touring sports the same dual, circular exhaust outlets found on the saloon.

The new 3 Series doesn't appear to be a radical design evolution for the brand. However, underneath the familiar skin will be BMW’s CLAR platform, which should help reduce weight.

Inside, there will be a new digital instrument cluster and large infotainment screen. The new BMW should come packed with driver assistance technology, and the interior should sport an overall new design.

Regarding engines, expect at the bottom end of the performance spectrum the 316d making 134 brake horsepower. The top end, short of the M3, will be the M340i making 375 bhp. There will be iPerformance hybrid versions as well.

The BMW 3 Serious Sports Touring could debut alongside the saloon version later this year at the Paris Motor Show in October. Sales could soon follow before the end of the year in some markets.