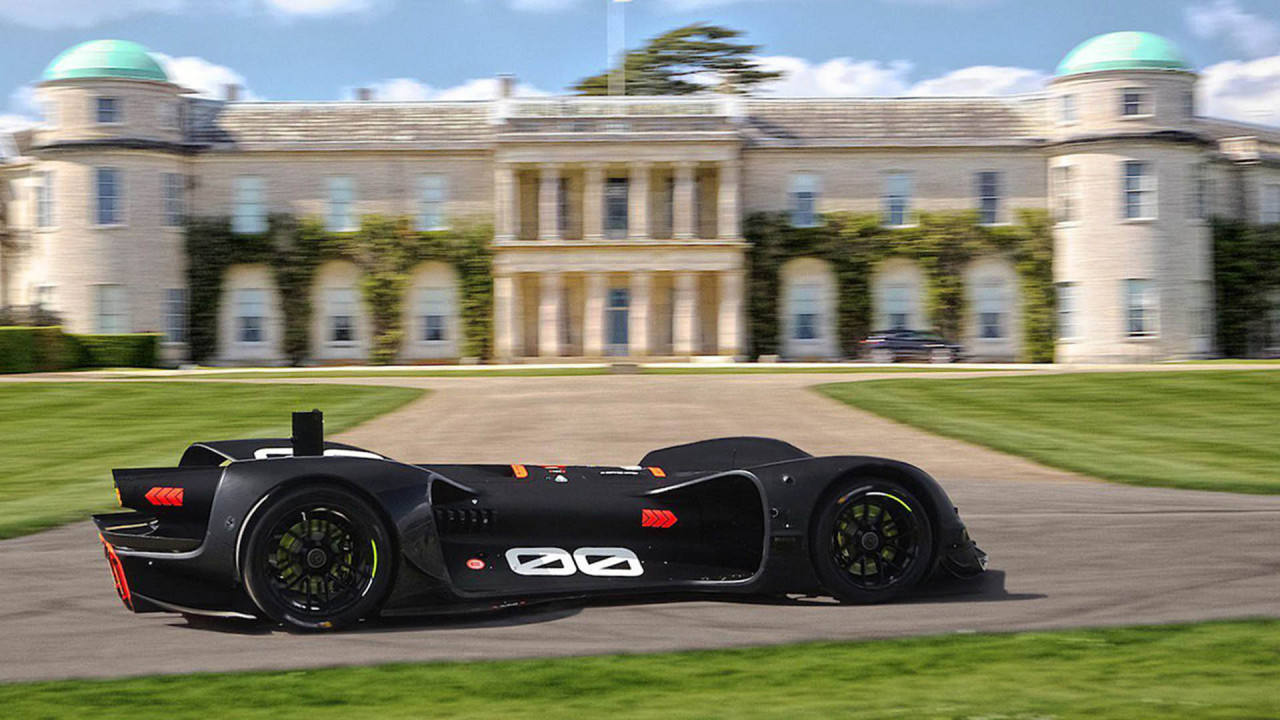 The electric car will be the first driverless car to run up the hill.

Roborace will attempt the first fully-autonomous hillclimb run at next month's Goodwood Festival of Speed.

The fully-automated, electric racing car will tackle the 1.16-mile course using only automated systems, sensors, and 360-degree vision to navigate the hay bales, flint walls and forests of the Goodwood estate

Roborace's first run up the hill comes after it took centre stage at the Festival of Speed Future Lab at last year's event.

'We are excited that the Duke of Richmond has invited us to make history at Goodwood as we attempt the first ever fully – and truly – autonomous uphill climb using only artificial intelligence,' said Lucas di Grassi, CEO of Roborace.

Roborace: The racing car from the future is here now

Roborace will also return to Future Lab, where festival visitors will be able to ride along on the driverless car's run up the hill in a fully immersive virtual reality experience.

'I can't think of a more exciting way to celebrate our Silver Jubilee than to have Roborace attempt the first autonomous race car run up the hill,' said Charles Gordon-Lennox, the Duke of Richmond and Founder of the Festival of Speed. 'Roborace plays an important role in the future of mobility, challenging public perceptions and providing a platform to advance new technologies. This makes them the perfect partner to undertake this significant feat.'

Robocar, the Roborace racing car was designed by Hollywood futuristic car designer Daniel Simon who has worked on films such as Robocar, the world’s first autonomous race car, was designed by Daniel Simon, the automotive futurist known for his work in Hollywood films such as Oblivion and Tron: Legacy, as well as designing the Hispania Racing Team's livery for the 2011 Formula 1 season.

The car weighs 1,350kg and is powered by four 135kW electric motors, provinding all four wheels with around 500 bhp. An Nvidia drive PX 2 computer processes the car’s data, which includes inputs from the LiDAR, radar, GPS, ultrasonic, and camera sensors.