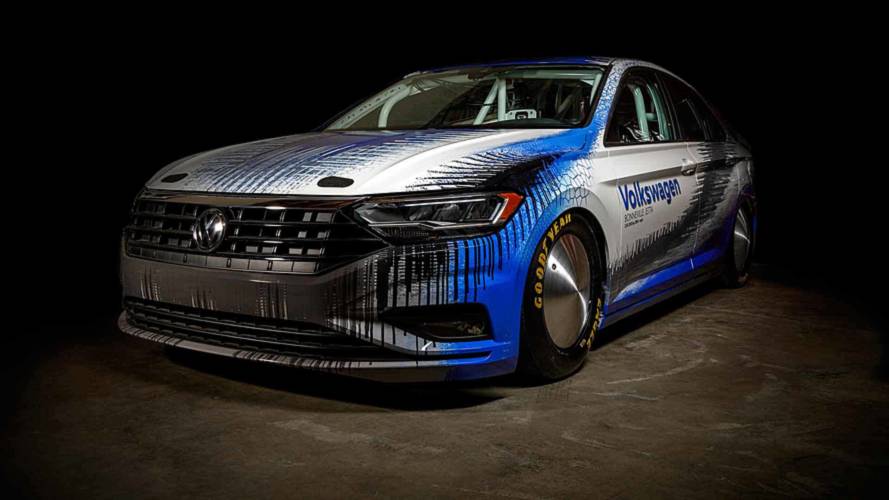 As if three Pikes Peak records in one go wasn't enough.

Not content with smashing three records at Pikes Peak last weekend – overall, electric, and production SUV (thanks to Bentley) – Volkswagen has set its sights on another record-breaking run on yet another legendary American motorsport venue.

The German carmaker will send a Jetta to the iconic Bonneville salt flats with the aim of taking class honours in the BGC/G class. That means it won't be a road car taking to the flats. In fact, in order to set a new record, Volkswagen will have to beat the current record of 208.472 mph, which is a bit more than your regular three-box saloon.

Renault returns to Bonneville after 60 years, breaks another speed record

The Jetta's engine for the attempt will be a modified version of the 2.0-litre turbocharged inline-4 that'll be in next year's Jetta GLI that won't be available in the UK. While power figures haven't been provided, a similar engine is in the current Golf GTI, putting out around 220 bhp and 258 lb-ft of torque.

'We want to underline the Jetta’s sporty credentials and get customers excited for the more performance-oriented Jetta GLI on the way,' VW North America Region CEO Hinrich J. Woebcken said.

Volkswagen previously took to the Bonneville salt flats in 2016. They teamed up with THR Manufacturing to build an EA888-powered Beetle with 543 bhp that reached 205.122 mph, while in 2012, they prepped a Jetta Hybrid that earned a class speed record of 186.313 mph there.

VW lineup at the 2019 SOWO: The European Experience