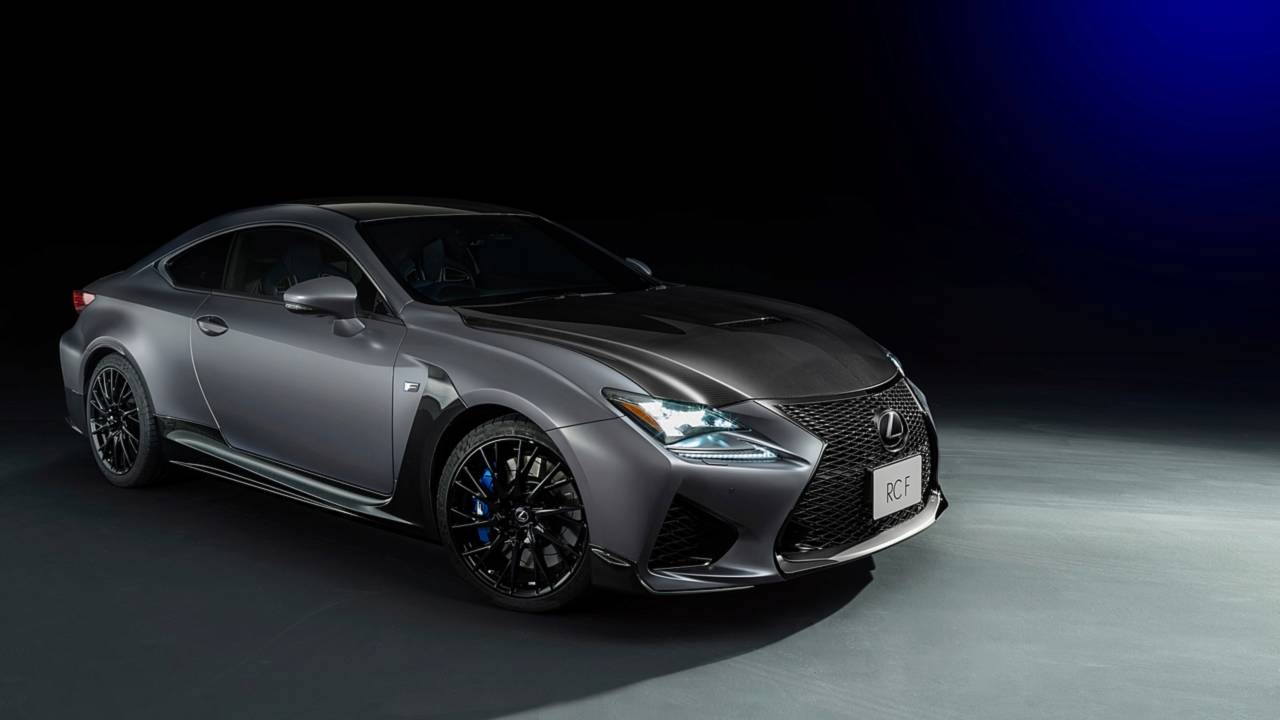 Lexus has revealed a new special edition of its RC F coupe to celebrate 10 years of its F performance badge.

The exterior paint is a new one for Lexus. The Japanese luxury carmaker says that the matte theme extends to the door handles, mirror housings, side skirts and even the shark fin antenna. In contrast to the matte theme are the super shiny 16-inch multi-spoke forged alloy wheels, which offer a glimpse of the blue Brembo brake callipers that carry the F logo.

There’s a blue theme inside, with the heated and ventilated front seats finished in vivid blue semi-aniline leather with white accents and the F symbol embossed in the integrated head restraints.

The same blue leather can be found on the gear shift knob, the steering wheel and the instrument panel hood, and the seatbelts are coloured to match. The heated steering wheel has a white band to mark the centre line for an added sporting vibe.

Each model is fitted with a discreet metal plaque recording the car’s Special Edition status, affixed to the driver’s door arm rest. Other features include the RC F Carbon Pack, equipping the car with a carbon fibre bonnet, roof and active rear spoiler, together with a Torque Vectoring Differential for improved handling through corners. The car also gets Lexus’s Adaptive Variable Suspension and Vehicle Dynamics Integrated Management with Sport and Expert modes.

The RC F is powered by a naturally aspirated V8 engine that produces 457 bhp and maximum torque of 384 lb-ft, paired with an eight-speed automatic transmission. Acceleration from rest to 62 mph takes 4.5 seconds and the electronically limited top speed is 168 mph.

Previous F-badged cars over the last 10 years have included the IS F, the LFA supercar and the GS F saloon. The IS F was the first F model back in 2008, but the moniker really took on a new significance when the 500 LFA models went on sale between 2010 and 2012.

Lexus says that the F badge is intended as a tribute to the legendary Fuji Speedway motor circuit in Japan and the Higashi Fuji Technical Centre at the foot of Mount Fuji in Japan, both of which have been used extensively to develop the cars.