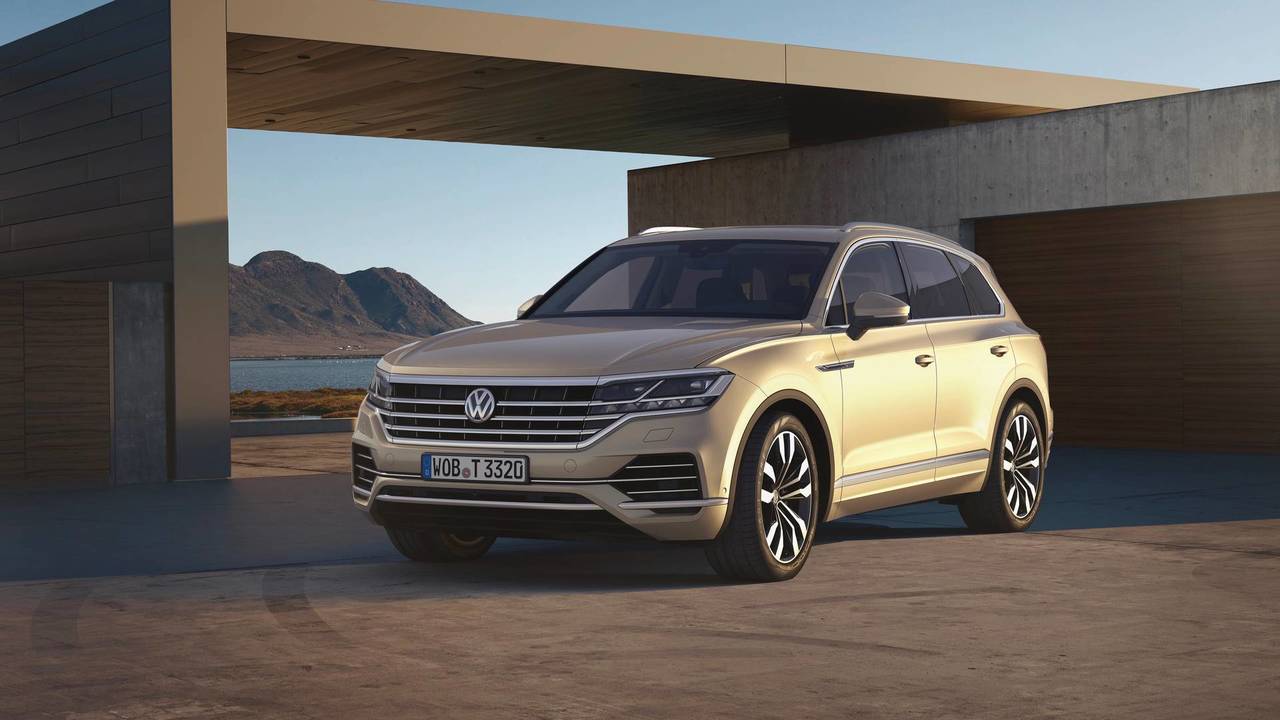 Volkswagen has opened up the order books for its new flagship Touareg SUV, which is set come at first with V6 diesel power. The third-generation SUV has been given a fresh design and a whole host of tech features and the latest driver assistance packages to make life that little bit easier.

One of the new features is the new Innovision Cockpit, which is a fully customisable digital infotainment system, making the new Touareg what the German carmaker calls its most 'digitalised' car that it has ever made.

The flagship engine of Volkswagen's SUV lineup is the 3-litre V6 TDI, which produces 282bhp and 443lb ft, giving it exceptional towing capacity and allowing it to pull up to a weight of 3.5 tonnes. There's a 1,051mm load length and maximum load capacity of 810 litres with the seats up, or a whopping 1,800 litres with the seats down.

For customers that opt for the Touareg R-Line with the V6 on a PCP deal, Volkswagen Financial Services will contribute £3,000 to the deposit at 3.3 percent APR representative with monthly payments at £499.00. The agreement is for 48 months, with annual mileage set at 10,000.

'The new Touareg signals yet another important development in Volkswagen’s growing SUV line-up,' said Alison Jones, Director of Volkswagen UK. 'Our suite of new models, headed by Touareg, arrives on the market as SUV sales continue to accelerate in the UK and I’m confident our new flagship model will make a big impact here.'