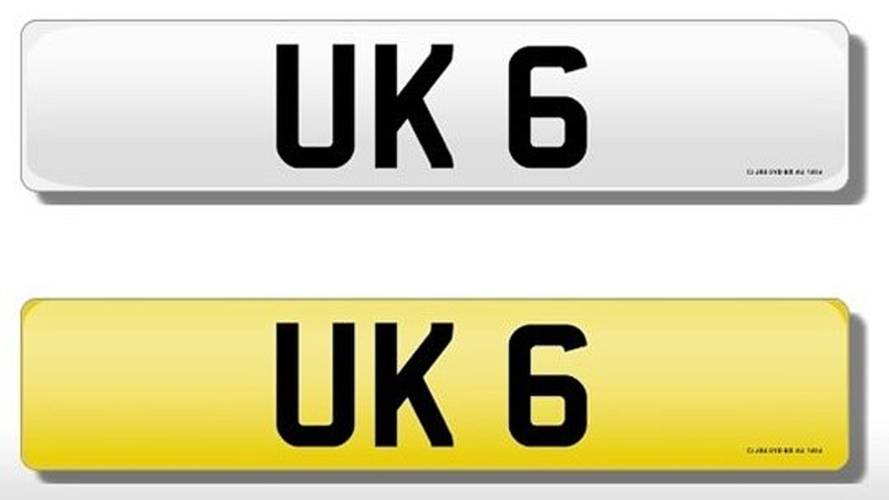 A pair of number plates are expected to fetch around £50,000 when they head to auction.

Two rare number plates are heading for auction, with both expected to sell for around £50,000.

UK6 is one of the number plates available, and is also one of the oldest in the country. It was first issued in 1910, just seven years after numberplates were first issued in Britain. The plate has been in private ownership for over 50 years, and will be put up for auction by Humber & Ellis Auctioneers in Northamptonshire.

Also being made available is 1RAN, a number plate – a number plate that the auction house has said 'may be of interest to athletes or ambassadors alike'.

While that too is expected to sell for about £50K, it could go for more. Humber & Ellis recently sold the 'head-turning' TAX 1 plate for £92,000

'The market in private and cherished number plates is very much on the up,' auctioneer Jonathan Humbert is quoted by the BBC, adding that he has 'high hopes' for the sale of UK6.

If either number plate meets its valuation, it wouldn't be the most expensive ever sold in Britain. That accolade goes to 25 O, which sold for £518,480 in 2014.

However, the previous record holder is F1 – one of the most famous number plates in the country. Afzal Kahn of Kahn Design bought the plate in 2008 for £440,000 and it's just one of many valuable number plates in Kahn's extensive collection. He bought it from Essex council, who had previously owned the number plate for over a century.

F1 was originally put on Kahn's Mercedes-Benz SLR McLaren, before going on a pair of Bugatti Veyrons owned by the aftermarket designer.

In the decade since it was bought, F1 has become the most valuable number plate on the planet. Kahn previously turned down an offer of £6 million for the cherished plate four years ago, but it has since been listed at a price, including taxes and fees, of over £14.4 million. Forget the cars that have worn the plate, at that price that could buy 14 Veyrons, not just two, plus an SLR with change.