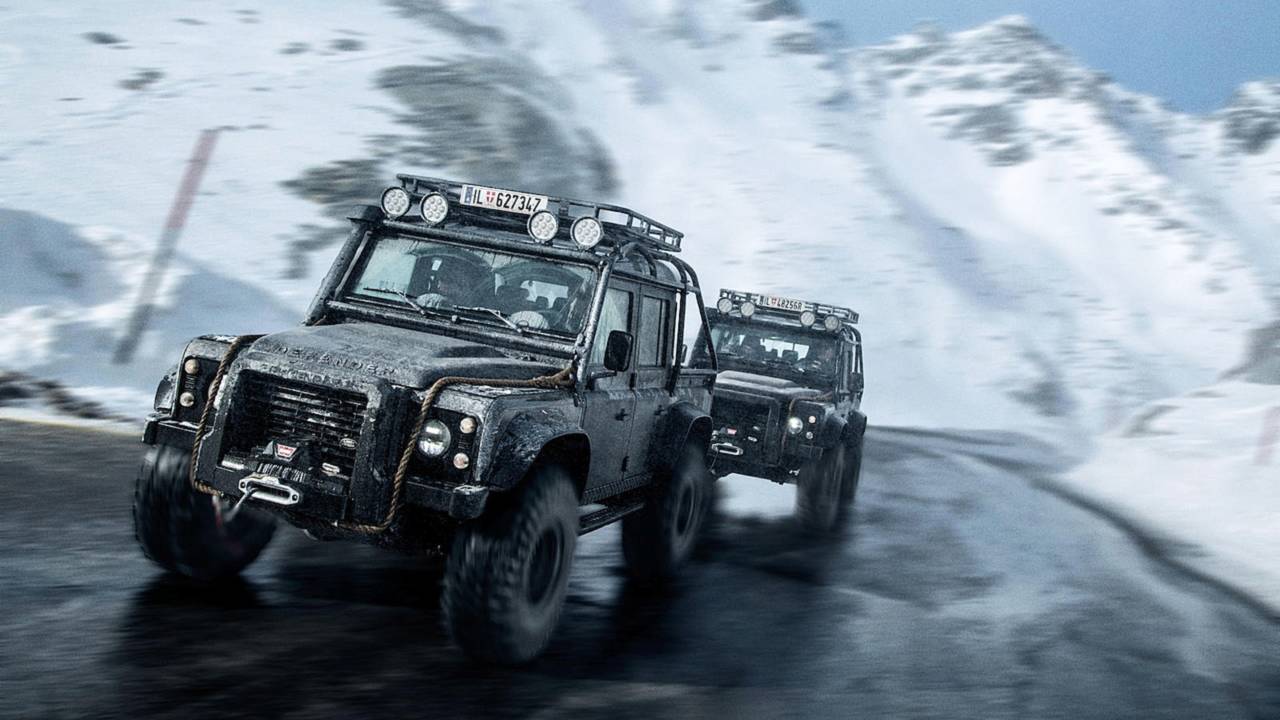 A rare opportunity to own your very own Bond vehicle.

It's not every day that you get the chance to own a car from a Bond film. But now you can.

The car in question is a 2014 Land Rover Defender SVX used in the 2015 Spectre. It's one of just 10 built, based on a Defender 110 crew-cab model
and extensively modified and upgraded by Jaguar Land Rover Special Vehicle Operations and Land Rover tuning house Bowler.

Included in the modifications are giant 37-inch diameter all-terrain tyres, which gives the car its nickname 'Bigfoot'. The suspension is a Bowler racing setup, which incorporate Rose joints and Bilstein rally dampers. Engine wise, power has been upped from 120bhp to 185bhp and 368lb ft of torque. Inside there are Recaro seats with 4-point harnesses, and a full roll cage. Despite being a picture car, it's very much a serious piece of kit.

In fact, unlike the majority of the 10 SVXs built, this one wasn't used solely for marketing purposes. As the marks on the bonnet and functioning hydraulic handbrake show, this one was used for most of the stunt action on screen. The original owner had pick of the crop when they originally bought the car, choosing this one because it was the most significant.

The guide price is currently set between £220,000-£250,000, ahead of the car's sale at the Bonhams sale at the Goodwood Festival of Speed later this month.