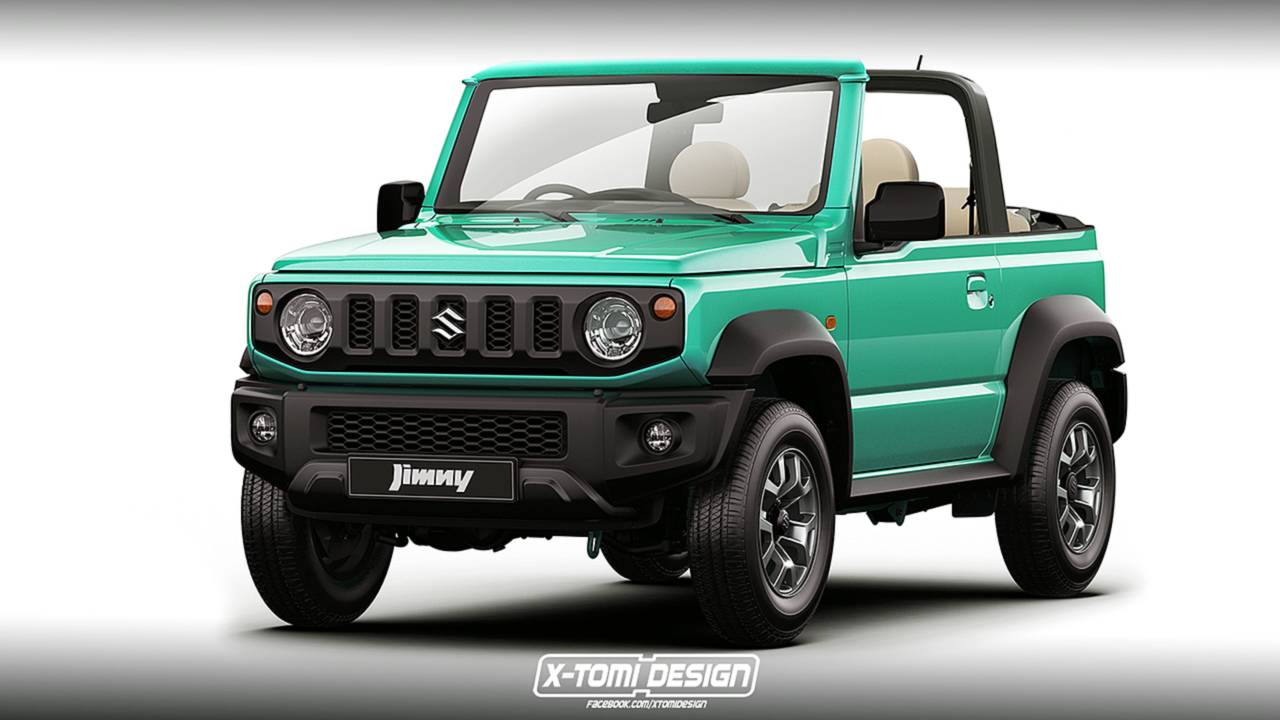 Now that the next generation Suzuki Jimny, one of our readers’ favourite new cars according to our internal statistics, is out, it’s time to see what the future holds for the cute off-roader. All the official technical information about the vehicle will be revealed on July 5, when we will hopefully get a confirmation about whether there will be a new open-top version or not.

Regardless of Suzuki’s decision, X-Tomi Design has decided to propose a design for the convertible Jimny. If we remove his watermark, this image could easily be passed as an official press photo. The recipe is simple – there’s a folding cloth roof hiding in the boot and just one additional roof bar for safety measures.

One thing we don’t agree with the Hungarian designer’s vision is the lack of rear windows. The small quarter panels are a trademarked feature of the open-top Jimny and one of its most distinctive design elements. Except that, everything else seems to be spot on.

The new Jimny will finally replace the 20-years old current model, which is also sold under the Mazda AZ and Chevrolet Jimny names in some markets. Fortunately, the small SUV will retain is old-school rugged design, but will feature a much more advance interior with a number of high-tech solutions.

As far as the engines are concerned, word on the street is that the Japanese specification of the model will receive a tiny 660cc engine and a bigger 1.5-litre motor. They will be offered as standard with a five-speed manual gearbox, but optionally available will be a four-speed automatic.

Depending on the customer’s preferences, the Jimny will be equipped with 15- or 16-inch wheels, as well as features like cruise control, keyless engine start, multi-function steering wheel, and air conditioning.