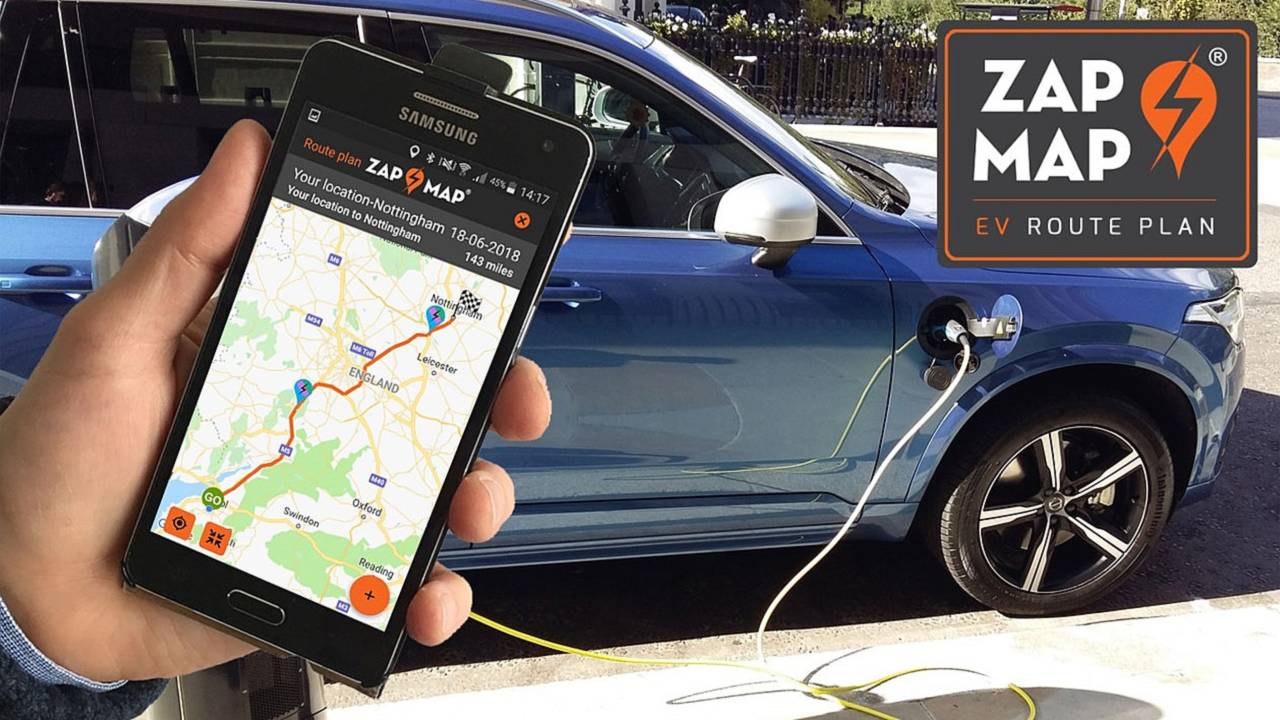 Range anxiety is one of, if not the biggest thing putting off people buying electric cars right now. Thankfully, there's a new navigation system for electric vehicles which allays some of those fears.

Zap-Map has launched a new integrated route planner within its app, which has been designed to help EV drivers find suitable charging locations. The new feature is already available on Android devices, with an iOS version coming later this summer.

The new feature builds on the aready established Zap-Map, allowing drivers to set up a 'quick plan', or a more personalised route. The quick plan will suggest a route that includes as many as three suitable fast chargers within a mile of the route, while the personalised option allows drivers to enter search filters, or allow more inexperienced EV drivers longer buffers between charges just in case.

The app calculates its routes based on real range and energy efficiency for electric vehicles sold in the UK, but it does allow users to override that data based on personal driving style

'We are excited to be releasing the new Zap-Map Route Planner,' said Melanie Shufflebotham COO and co-founder of Zap-Map. 'With over 60,000 Zap-Map users across our desktop and app platforms each month and the EV parc expanding at a rapid rate, we know that there is a real demand from EV drivers.'

'This new Route Planner will enable EV drivers to plan their electric journeys across any charge point network, with the latest status information.'

Ben Lane, CTO, added: 'The new Route Planner is one of a number of tools developed by Zap-Map to support EV charging in the real-world. With its smart route selection wizard and EV drive range algorithm, the Route Planner has been designed to be easy to use and also to reflect real-world driving conditions. We are already planning v2 which will include additional range factors and notifications to alert drivers en route in the event of road closures or planned charge stops going offline.'